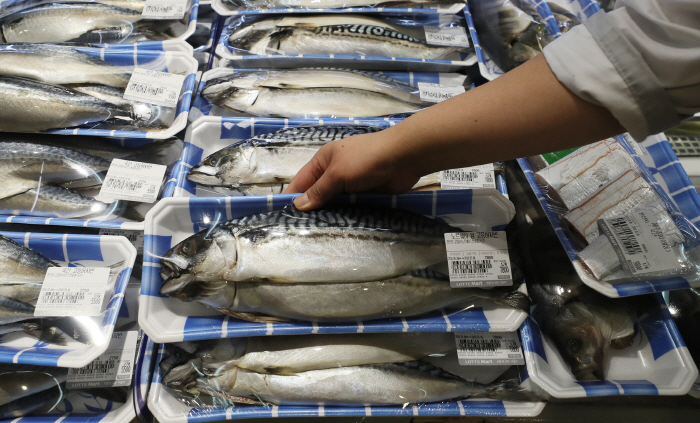 In the past 10 years, Norwegian mackerel have gained as much as 30 percent of the market share in South Korea. (Yonhap)

SEOUL, May 2 (Korea Bizwire) — The South Korean fishery industry is hoping that Korean mackerel will benefit from recent price hikes for Norwegian mackerel due to a drop in production.

The Korea Maritime Institute announced on Wednesday that imports of popular Norwegian mackerel had dropped to 15,325 tons between November and March, which was merely half of last year’s imports during the same period.

In the past 10 years, Norwegian mackerel have gained as much as 30 percent of the market share in South Korea, thanks to prior production drops of Korean mackerel and the Norwegian Seafood Council’s robust promotion activities.

Now, however, things have changed as Norwegian mackerel has been shrinking in production.

“Total Allowable Catch (TAC) for Norwegian mackerel was reduced by 20 percent last year, leading to a significant reduction in production,” said the institute.

“Weather conditions only worsened the conditions for the catch, and exports have been delayed.”

As of September last year, catches of Norwegian mackerel reached a mere 18.8 percent of TAC, which was less than half of the total catch in 2016 (56.5 percent) and 2017 (52.2 percent), leading to price hikes for mackerel from Norway and other North Atlantic regions of as much as 20 percent to 30 percent in the international market.

In South Korea, Norwegian mackerel sells for 2,309 won (US$1.98) per fish, which is slightly more expensive than last year. The price gap only widens when recalling the fact that they used to cost less than 2,000 won in March 2017.

Last year’s price of Korean mackerel was 2,796 won, 22.2 percent cheaper than the previous year. The price has been continuing to fall since last August.

“Production of Korean mackerel has increased by 36.2 percent compared to last year, thanks to better supply of medium and large-sized fish,” said the Korea Maritime Institute.