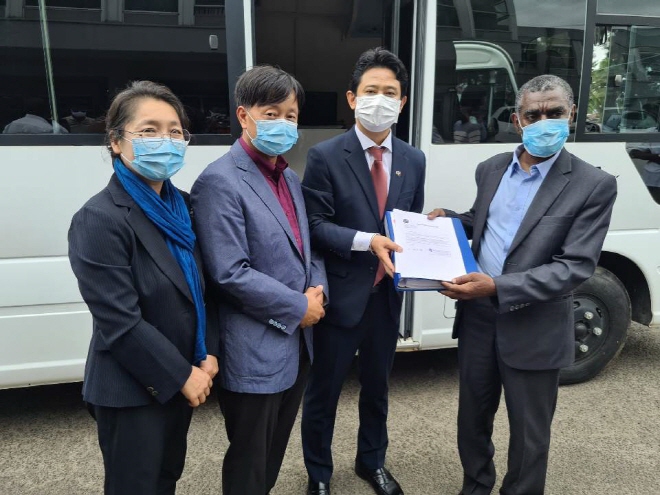 SEOUL, April 9 (Korea Bizwire) — A Korean mobile medical van has been donated for the first time to help respond to the novel coronavirus outbreak in Madagascar, an island country in the Indian Ocean.

The Madagascar branch of the non-profit organization Africa Future Foundation provided a mobile medical van with X-ray equipment on April 3.

Madagascar’s Health Minister Ahmad Ahmad said he was sincerely grateful for the generosity of South Korea, which is setting an example of best practices in the fight against COVID-19, for supporting Madagascar with the mobile medical van.

Cases of regional infections that have not been introduced from outside are occurring in metropolitan areas, and COVID-19 continues to spread in Madagascar, with new confirmed cases coming from provincial areas.

Madagascar, which boasts a natural environment including baobab trees and lemurs, is one of the poorest countries in the world, with about 78 percent of its population of 26 million living below the poverty line, earning an income of 1.9 dollars per day.

Therefore, Madagascar has run short of medical equipment such as coronavirus test kits.