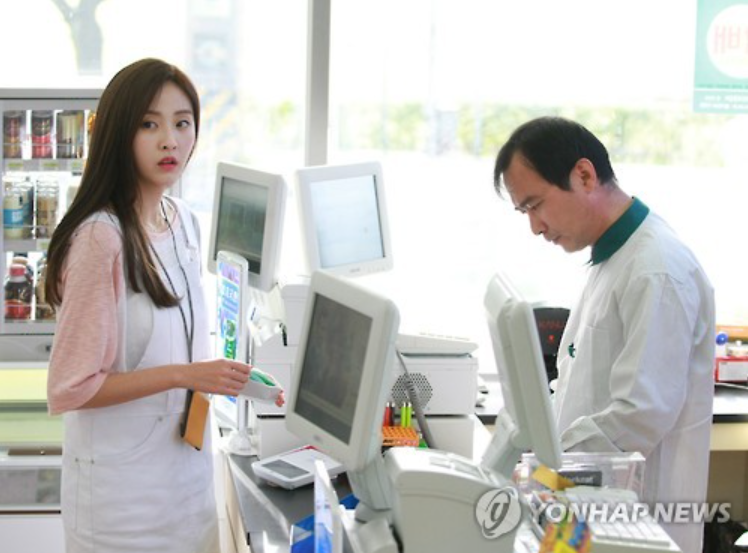 A scene from “9 Seconds,” a Web drama to be aired on by KBS (image courtesy of KBS)

“We’re conducting this experiment with several outsourced production companies since we haven’t yet been able to find a viable business model for web dramas.”

“We ask for your support in our quest for developing web dramas that would hopefully thrive overseas as well.”

“Flatterer,” “Missing Korea,” “9 Seconds” and “Love Detective Sherlock K” will be broadcast first online later this month or early October before streaming on KBS 2TV in November, the state broadcaster said in a news conference.

”Flatterer” is based on the successful web cartoon series of the same name published on the portal website Naver. It takes place in Pungnang High School, a delinquent battleground where only the most vicious and toughest students prevail. Park Geon, played by Kwak Dong-yeon, is a transfer student who refuses to submit to the culture of “survival of the baddest.”

Lee Jae-jin of boy band F.T. Island plays Daechi, Park’s classmate who has followed his crush to the high school. Bae Seul-ki portrays Chaebin, a teacher who continues to believe in her students despite their hopelessly uncontrollable behavior.

In “Missing Korea,” starring Sandara Park of the girl group 2NE1 and Kim Jeong-hoon of the male duo UN, contestants from North and South Korea enter a beauty pageant.

Kim is one of the organizers of the beauty contest and Park is a North Korean soldier who enters the contest after getting on the wrong bus in Kaesong, the city housing the namesake inter-Korean industrial complex.

“9 Seconds” portrays a puppy love between a boy who dreams of becoming a photographer despite suffering from a genetic disorder that slowly impairs his vision, and a girl who transfers to his school in Gyeongju, South Gyeongsang Province. The two meet when they discover a camera that freezes time at a studio. The drama stars Lee Ju-seung and Haeryeong of the girl group Bestie.

The four dramas succeed “Prince of Prince,” a KBS online series released earlier this year. The network also produced “The Tale of the Bookworm,” a web series based on the old Korean novel “Tale of Hong Gildong,” last year.