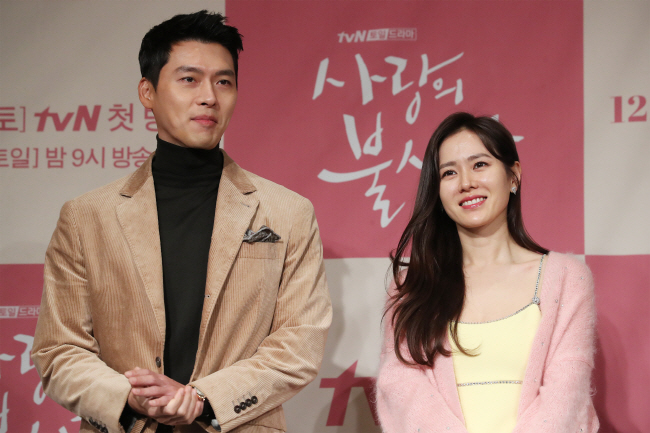 SEOUL, Feb. 10 (Korea Bizwire) — Star actor Hyun Bin and his on-screen partner in the hit drama “Crash Landing On You,” Son Ye-jin, will get married next month after two years of dating, their agencies said Thursday.

The two plan to hold a wedding at an undisclosed place in Seoul next month with only their parents, relatives and friends invited, VAST Entertainment and MSTeam Entertainment said.

The stars also announced their decision to get married on Instagram.

“I have a person with whom I want to spend the rest of my life,” Son said on her Instagram account.

“I thought it was something unimaginable for a man and a woman to meet, share their hearts, and promise the future, but I naturally came this far,” she said.

As for her lover Hyun Bin, Son said, “Just being together with him makes me feel warm and complete. Please bless the future we will create together.”

Hyun said on the official Instagram of his management agency, “I’ve made an important decision to get married and am trying to step carefully in the second act of my life.”

Hyun rose to stardom in 2003 via the sitcom “Nonstop 4″ and became an Asian heartthrob with his roles in “My Lovely Sam-soon,” “Secret Garden” and “Crash Landing On You.”

Son emerged as the nation’s “first love icon” via the films “Lover’s Concerto” and “The Classic.”

Son has since appeared in films, including “A Moment to Remember,” “The Art Of Seduction,” “My Wife Got Married,” and “The Last Princess,” as well as TV romance dramas such as “Alone in Love,” “Something in the Rain” and “Crash Landing On You.”