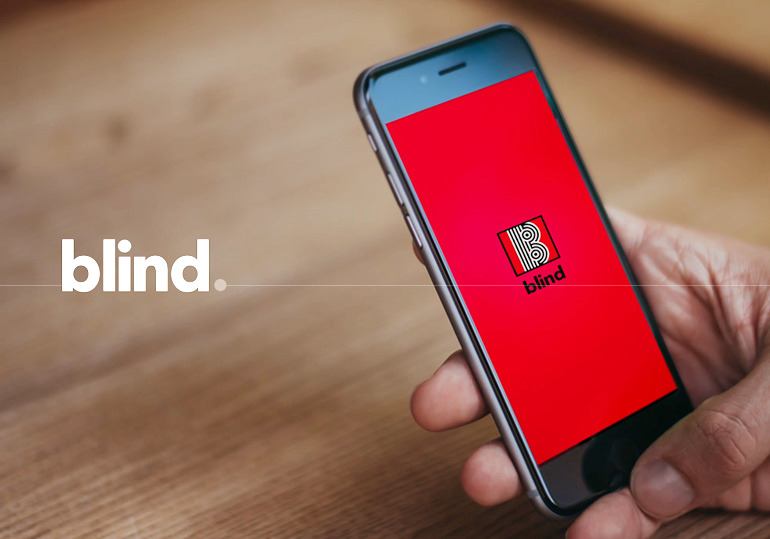 SEOUL, May 20 (Korea Bizwire) — Blind, an anonymous community app for the workplace, recently succeeded in attracting a significant amount of funding.

The private conversations of Korean office workers served as one of primary factors for the rapid growth of Blind, founded by a Korean entrepreneur Moon Sung-uk.

TeamBlind Inc., the operator of the community app, announced on Tuesday that the company had attracted US$37 million in Series C funding.

Blind has about 5 million subscribers, 70 percent of whom are Koreans. More than 85 percent of those who work at Korean companies with more than 300 employees use the app. On average, they use Blind for about 40 minutes per day.

On Blind, office workers make bold assessments about their companies and sometimes blow the whistle on internal problems.

Korean Air’s infamous ‘nut rage’ incident in 2014 became widely known thanks to Blind. Thereafter, the app gained prominence as an outlet for whistle-blowing among office workers.

A majority of its users pick the anonymity as the biggest strength of the app.

If anyone subscribes to Blind by obtaining certification with the email account of his or her employer, Blind instantly encodes such information. When it comes to security, Blind is thorough enough to have a patent for non-disclosure of user data.

Blind sometimes is placed in the center of social disputes due to the private conversations of office workers.

In February, a person who is assumed to be a worker at Kakao Corp. raised questions about the company’s HR evaluation system through Blind, sparking social controversy.