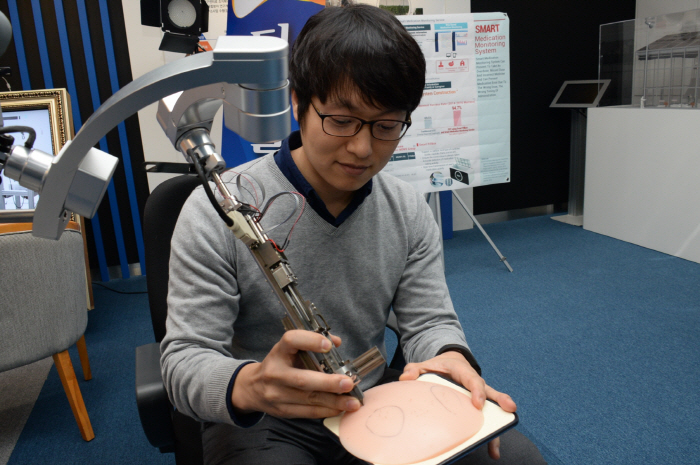 The technology successfully passed a clinical trial, and was approved by the Ministry of Food and Drug Safety. (image: ETRI)

A team of Korean scientists successfully developed an automatic hair transplant machine that is set for commercialization in 2017.

According to ETRI (Electronics and Telecommunications Research Institute) and Kyungpook National University Hospital, the technology allows for the consecutive transplant of 25 hair follicles at a time, reducing both the time and energy required in a hair transplant surgery.

A conventional operation by a doctor takes about 4 hours, during which the doctor’s arms move around one kilometer in distance, making the procedure highly physically demanding both for the practitioner and the patient.

The new device, however, cuts the time down to roughly half, and requires only a 100-meter movement of the surgeon’s arms, said officials. 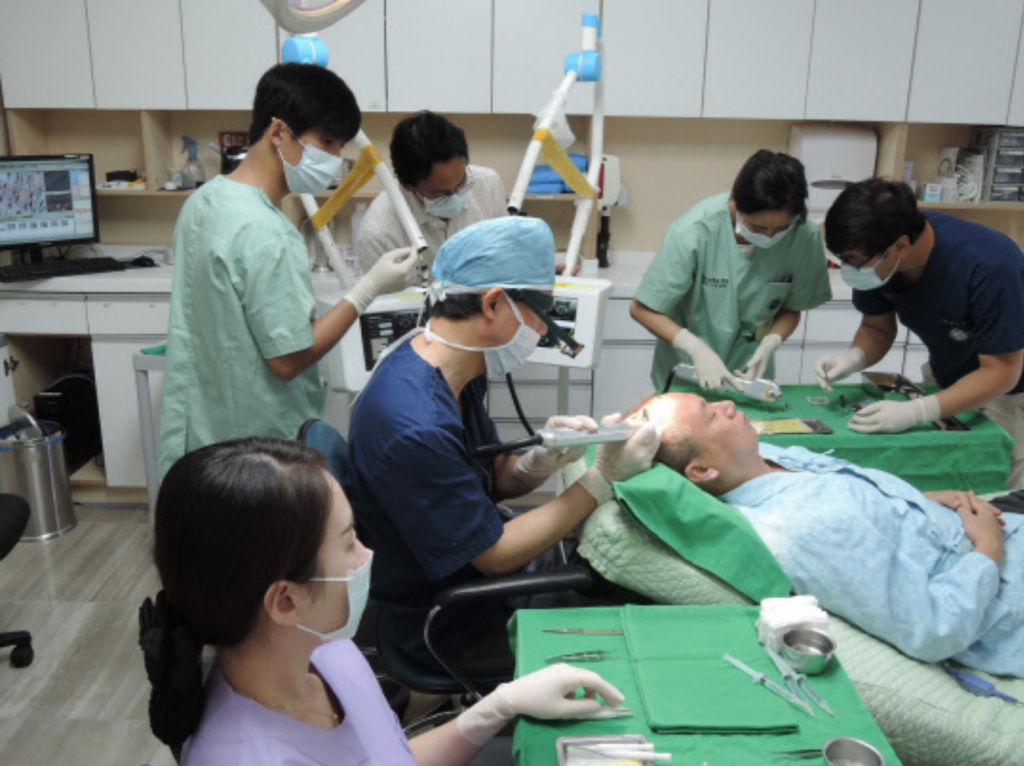 The technology successfully passed a clinical trial, and was approved by the Ministry of Food and Drug Safety.

“In the past, doctors had to transplant some 2,000 hair follicles one at a time, which is a very fatiguing procedure, and often led to skeletomuscular diseases,” said KNUH doctor Kim Moon-kyu. “The new machine will be the solution to such problems.”

ETRI plans on developing a hair transplant robot by giving the machine intelligence and further reducing the time of transplantation.