SEOUL, Oct. 21 (Korea Bizwire) — Koreans are well-known for their love of soccer. And the country is also infamous for making malicious comments on the Internet, whoever the target will be; in fact, many suicides of Korean celebrities were caused — if not largely — by stress from such malicious comments online.

However, there have emerged few malicious comments about an Indian soccer player’s tragic death who, according to many reports, died in a hospital on October 19 after injuring himself while celebrating a goal in the Mizoram Premier League. The player tried to do a flip in his great joy and seriously got hurt.

The news appears to evoke — many South Korean soccer fans said on the Internet sites — the famous scenes of Germany’s Klose signature flip stunt, also known as Klose somersault goal celebration. The Portuguese soccer player Nani is also famous for his backflip celebration. So, many soccer fans commented Klose and Nani should take every precaution against that misfortune in the playground from now on.

Many soccer fans also commented, “Life seems to be just full of irony. While the player was enjoying best life moments scoring a goal when the most tragic accident happened. Life is so transitory.” And many prayed for the repose of the ill-timed death of the Indian soccer player.

Midfielder Peter Biaksangzuala, 23, a defensive midfielder who played for northeast India-based Bethlehem Vengthlang in the Mizoram Premier League, damaged his spinal cord after attempting a somersault on Oct. 14.

Robert Pirès, a French international soccer player, often called as “Arsenal Legend, ” plays for FC Goa in the Indian Super League. And Robert famously said Wayne Rooney, an English footballer who plays for and captains both Manchester United and the England national team, might be playing in the Indian League in the future. The Indian Super League features eight franchise teams from all around India. The league runs from October to December, with a finals series determining the champion. 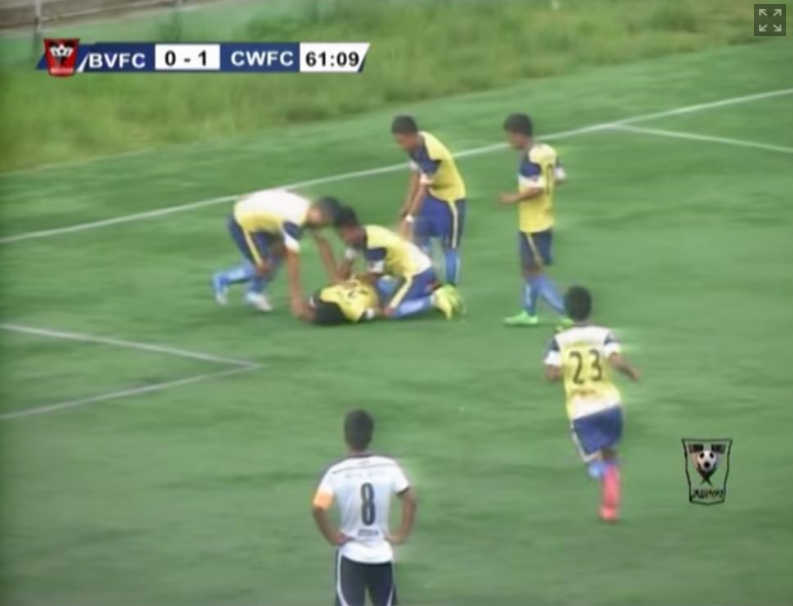