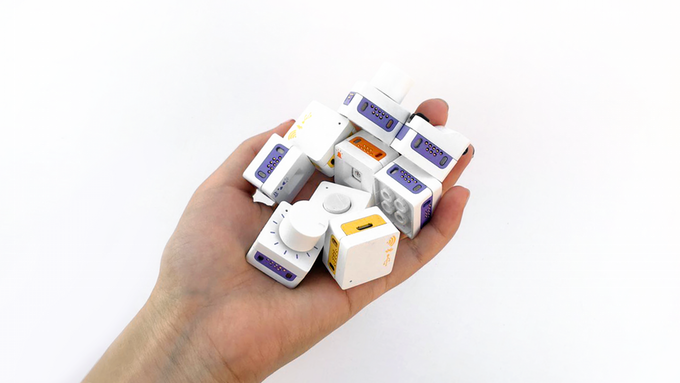 By assembling the right modules together, users can create devices that function in a specific manner. (image: Luxrobo)

Unlike most IoT devices that come as a single complete product (i.e. robot vacuum), Luxrobo’s “MODI” allows users to turn electronics or household appliances of their choosing into IoT devices, using technology that the company calls Robotics of Things.

MODI is a set of some dozen modules, each the size of a quarter, with specific functions such as power, microphone, or Bluetooth. By assembling the right modules together, users can create devices that function in a certain manner. For example, you can attach a motor unit to a light switch and connect a microphone unit to the motor module to operate the switch via voice recognition.

The modules can be controlled using MODI’s smartphone app as well, and they’re also programmable through software called MODI Studio, making them ideal for software education.

This ambitious project has so far raised $72,488 on Kickstarter, quickly surpassing its $30,000 goal, with 13 days still remaining. 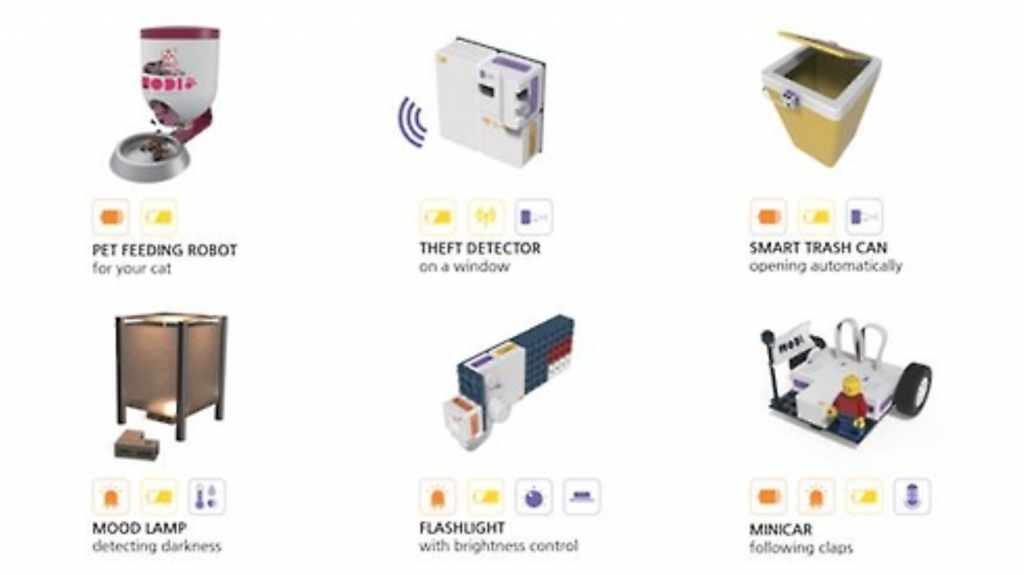 MODI was highly regarded even before its Kickstarter campaign, and received funding of 1.5 billion won ($1.3 million) from Hanwha Investment and Mirae Asset Venture Investment in August.

Since the product’s introduction, Luxrobo signed a partnership with British education equipment supplier Technology Supplies to provide MODI to 1,500 public schools in the U.K. starting in 2017.

“MODI is a DIY product that can be easily assembled, with much room for creativity, and its possibilities are endless,” said 25-year-old Luxrobo CEO Oh Sang-hun. “We hope MODI allows users to learn IoT and robotics without difficulty, and to have fun and make the best use of the product.”