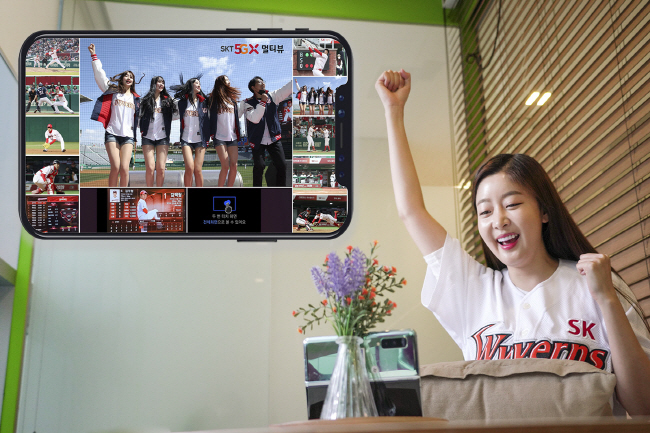 SEOUL, May 23 (Korea Bizwire) — South Korean telecommunication firms said Saturday they have released various services and content related to the country’s professional baseball league as they try to attract baseball fans at home amid the coronavirus pandemic.

The new Korea Baseball Organization (KBO) season started May 5 after South Korea managed to flatten the curve of new virus cases, but games have been played without spectators due to infection risks.

As fans are not allowed to see games from the stands, the country’s three major telecom operators — SK Telecom Co., KT Corp. and LG Uplus Corp. — have been bolstering their streaming services to satisfy the needs of baseball watchers.

SK Telecom, the country’s largest mobile carrier, introduced an upgraded online streaming service for the KBO league through its over-the-top (OTT) service platform Wavve, which enabled users to watch a game from a maximum 12 different angles, including a close-up angle of players and a live camera view of cheerleaders.

The company, affiliated with the KBO club SK Wyverns, said it applied S-Tile technology, which allows users to arrange real-time multiple video sources on their mobile device screens into a tile format, for the first time for the live broadcast of professional sports.

SK Telecom also said it is offering a KBO baseball theme for its augmented reality (AR) service, Jump AR, so that users can better express support for their baseball clubs. 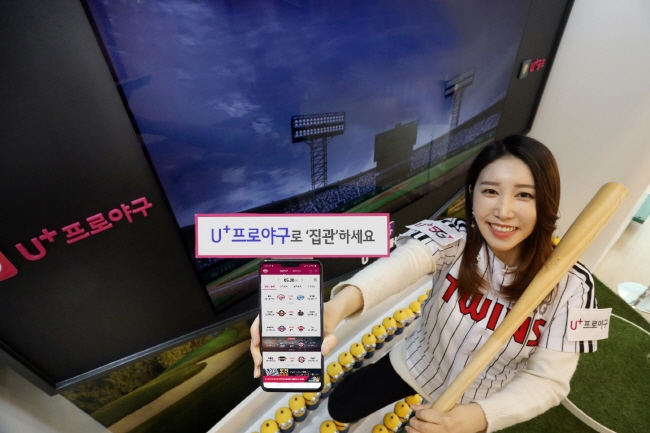 KT, which owns the KT Wiz in the KBO, also upgraded its OTT platform, Seezn, to provide better baseball viewing experience to fans.

The telecom operator said Seezn users can enjoy a live chat with others while watching the game and can see multiple games simultaneously.

The company said Seezn users can also get various baseball data for the KBO league, including pitching charts and result predictions.

LG Uplus said the number of unique users for its U+ Pro Baseball mobile application increased by 22 percent compared with a year earlier.

The app also offers real time online chatting and games, and can show a baseball game from multiple angles that allows users to enjoy one multiview video on their mobile device.

The company, connected with the LG Twins in the KBO, said its virtual mobile ticketing promotion, in which users book a seat inside a virtual baseball stadium and can apply for a gift giveaway, also has been successful.