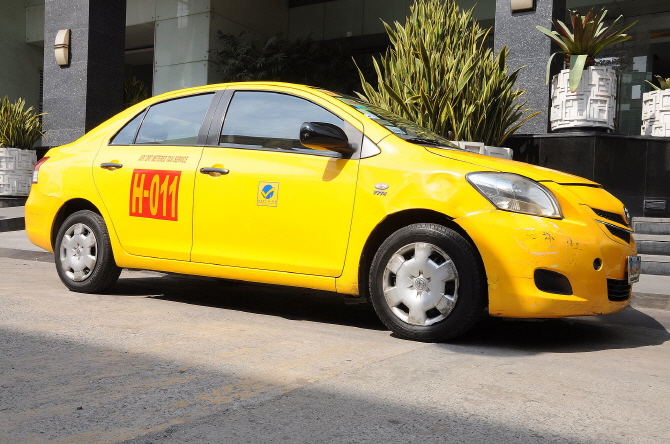 There have been many cases where robbers who conspire with local taxi drivers commit crimes while hiding in the passenger seat or the rear seat. (image: Public Domain)

SEOUL, Dec. 2 (Korea Bizwire) — Those taking a taxi in the Philippines should check first to see if anyone is hiding in the car, particularly in the back seat, according to the South Korean Embassy in Manila.

A South Korean tourist was robbed while riding a taxi in the Malate district of Manila late at night on November 24.

The tourist was in the front passenger seat of a taxi on the way back to their hotel, but a robber hiding in the back suddenly threatened the tourist in the neck with a knife.

The robber was working together with the taxi driver, and both assaulted the tourist, stole cash, two smartphones and a passport, and dropped the victim off in a deserted place before fleeing immediately.

There have been many cases where robbers who conspire with local taxi drivers commit crimes while hiding in the passenger seat or the rear seat.

In response, the Korean Embassy in the Philippines recently announced a list of 10 safety guidelines, asking Korean citizens to refrain from using taxis at the end of the year.

Among the safety rules, the South Korean embassy said, “When riding a taxi, there are times when people are hiding in the passenger seat, so make sure to check and sit in the back seat.”

In particular, the embassy advised tourists to refrain from using taxis at night after 9 p.m. and to share taxis if at all possible.

The Embassy also advised tourists not to drink beverage or consume gum or candy recommended or handed over by drivers, and advised them to pay attention to drivers who frequently exchange text messages on their mobile phones.