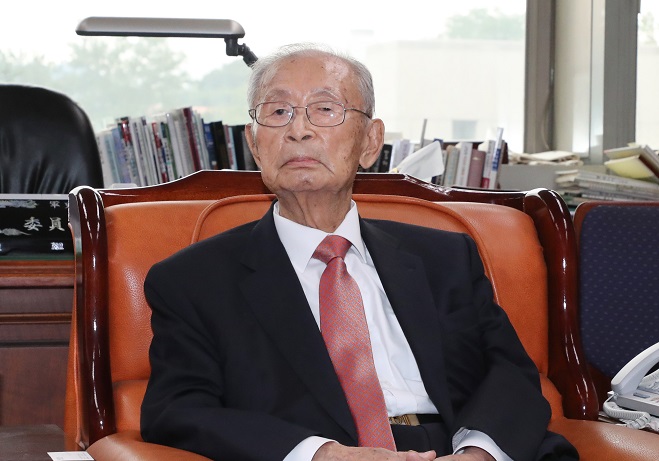 He died Friday night, with details of the reason for his passing unavailable.

Born in 1920, Paik graduated from a military academy in Manchuria in northeastern China in 1941, and became an officer of the Manchukuo Imperial Army. Manchukuo was a puppet state established by Japan in Manchuria.

Korea was under Japanese colonial rule from 1910-45.

Upon the outbreak of the Korean War in 1950, Paik was assigned to lead the 1st Infantry Division.

Under his leadership, the division played a critical role in deterring North Korean troops from taking over the entire South in what is known as the Battle of Tabu-dong, one of the fiercest battles of the war.

During the battle, Paik famously persuaded fleeing soldiers to stay by telling them: “I will be at the forefront of the fight. If I retreat, shoot me first.”

He later recalled the battle as his fiercest ever.

When South Korean and U.N. forces charged northward to Pyongyang, he arrived there before the U.S. troops and planted a South Korean flag.

“The day we entered Pyongyang was the best day of my life. I was never able to forget that day,” Paik later said in a media interview. “I commanded 15,000 South Korean and U.S. troops and retrieved my hometown (near Pyongyang).” 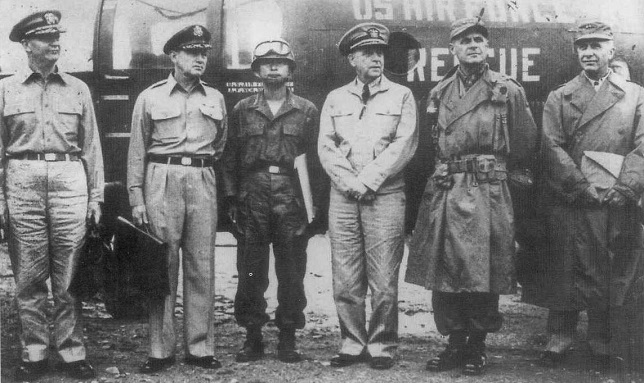 This file photo taken July 10, 1951, shows Paik Sun-yunp (3rd from L) posing for a photo with U.N. officials before heading to the North Korea city of Kaesong for discussions to clinch an armistice agreement. (Yonhap)

In December 1952, when then-U.S. president-elect Dwight Eisenhower visited South Korea, Paik briefed him on the need to increase the South Korean forces, ultimately leading to an expansion from 10 Army divisions to 20.

A recording of Paik telling his stories of the Korean War can be found at the National Infantry Museum in the U.S. state of Georgia.

In 1959, he served as chairman of the Joint Chiefs of Staff and then retired from the military in 1960.

After his retirement, the general was appointed ambassador to China in 1960; to France, the Netherlands and Belgium in 1961; and to Canada in 1965. He also served as transportation minister from 1969 to 1971.

In honor of his service, South Korea created the General Paik Sun-yup Award in 2013, which has been awarded to U.S. service members considered to have contributed to the nation’s security and the bilateral alliance.

In accordance with relevant laws, Paik’s body will be buried at the national cemetery in Daejeon, central South Korea, according to the Army.

A funeral will be held Wednesday to be presided over by the Army Chiefs of Staff Gen. Suh Wook, it added.

Paik, however, was the subject of controversy over his service at the pro-Japan Gando Special Force under the Japanese Imperial Army between 1943 and 1945.

The special force launched operations to suppress armed groups fighting the colonial Japan, and about 172 people, including civilians, were killed over the course, according to government data.

Gando, known in Chinese as Jiandao, refers to a small piece of marsh land between the Yanbian region and Long county in northeast China.

The track record put him on the list of the country’s pro-Japanese figures made by a presidential committee in 2009. 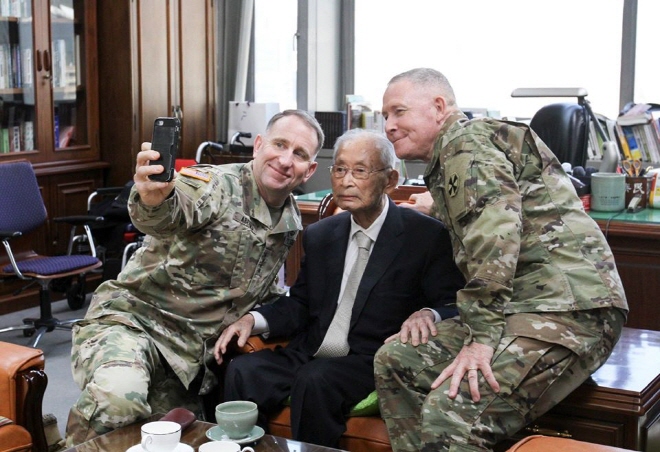 He secured the benefit of a burial at a national cemetery under the name of a Man of National Merit, but some civic activists have voiced opposition.

“Gen. Paik protected freedom and peace … and laid the groundwork for the staunch Korea-U.S. alliance and the construction of the strong military,” Jeong said in a statement.

“Taking his noble sacrifice and thorough spirit as a service member, our military will do our best to protect the lives and the safety of our people and to create a new peace on the Korean Peninsula,” he added.

Gen. Paik “made an incredible contribution shaping the U.S. and ROK alliance into what it is today,” Abrams said in a statement posted on the website of the U.S. Forces Korea, referring to South Korea by its official name, the Republic of Korea.

“From his time serving in the Korean War to becoming South Korea’s first four-star General to serving as the ROK Army Chief of Staff, General Paik is a hero and national treasure who will be truly missed.”