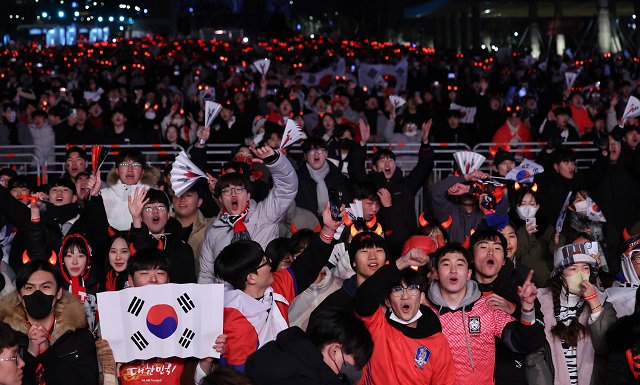 SEOUL, Dec. 7 (Korea Bizwire) — Up to 33,000 football fans flocked to Gwanghwamun Square in central Seoul to cheer for the national team in its match against Brazil at the 2022 Qatar World Cup on Tuesday morning.

In front of the five large screens set up at the square, football fans were seen “armed” with hot packs and padded coats to wait for the game six hours prior.

The outdoor temperature was -3 degrees Celsius, and the ground glistened with snow.

People flocked to a temporary shelter set up by the city to escape the cold. 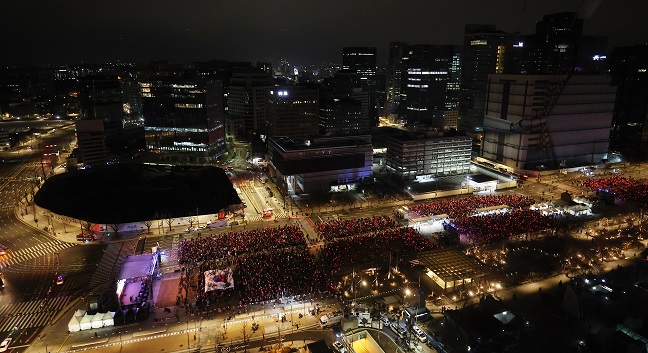 Despite South Korea’s failed attempt to reach the quarterfinals, fans were more proud of their national team than they were disappointed. 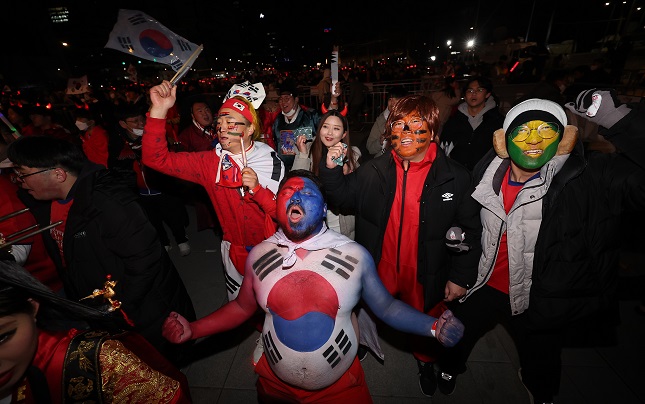