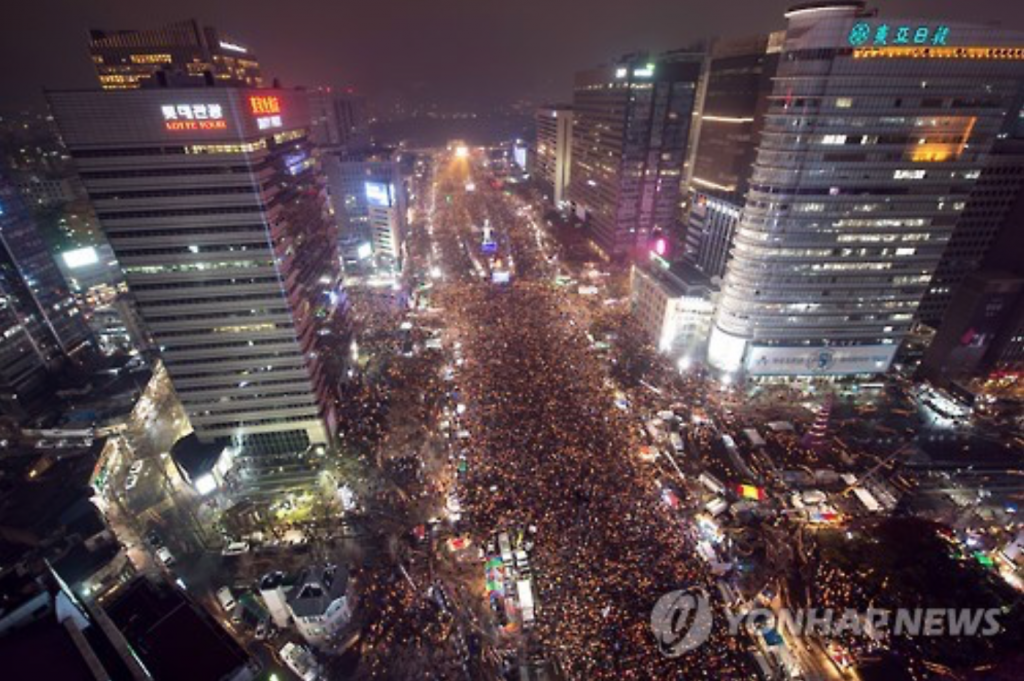 Hundreds of thousands took to the streets over the past five months demanding impeachment of President Park Geun-hye. (image: Yonhap)

SEOUL, March 7 (Korea Bizwire) – After months of political scandals that have left the nation much divided, political stability is now of great importance to South Koreans.

Political stability, in particular, made significant progress jumping by 17 percentage points from 5 percent in the previous quarter, indicating that local consumers had deep concerns over the ongoing political uncertainty, with fears that it would also upset the economy, diplomacy, and the overall national security.

Meanwhile, 49 percent of South Korean respondents said that they intend to allocate their discretionary funds to savings, and are willing to cut down on their expenditures amid an unpredictable and prolonged economic downturn.

“The global consumer confidence index saw an upturn (in Q4 2016), recording 101, but the Korean economy continues its struggle,” said Shin Eun-hee, chief executive at Nielsen Korea. “Prevailing negativism towards the economy and the job market, together with political concerns, continue to suppress local consumer sentiment from and hinder recovery.”

Nielsen’s study was based on a survey of over 30,000 respondents with internet access from 63 countries to measure consumer confidence along with major concerns and spending intentions.