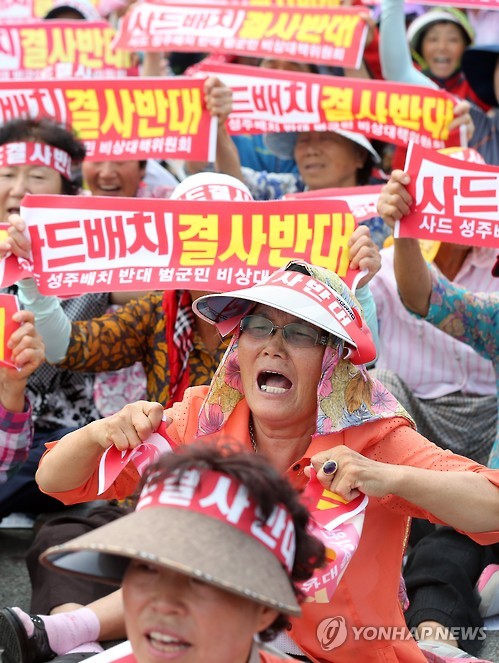 Protesters chant slogans during a rally in the town of Seongju on July 13 to voice objection to the deployment of THAAD.

SEOUL, July 14 (Korea Bizwire) – Locals in Seongju County, which was chosen by the government Wednesday as the site for THAAD (Terminal High Altitude Area Defense) battery deployment, took to the streets vehemently criticizing the decision. There took place a similar protest in front of the defense ministry building in Seoul on the same day who also protested against the deployment of THAAD in Korea. 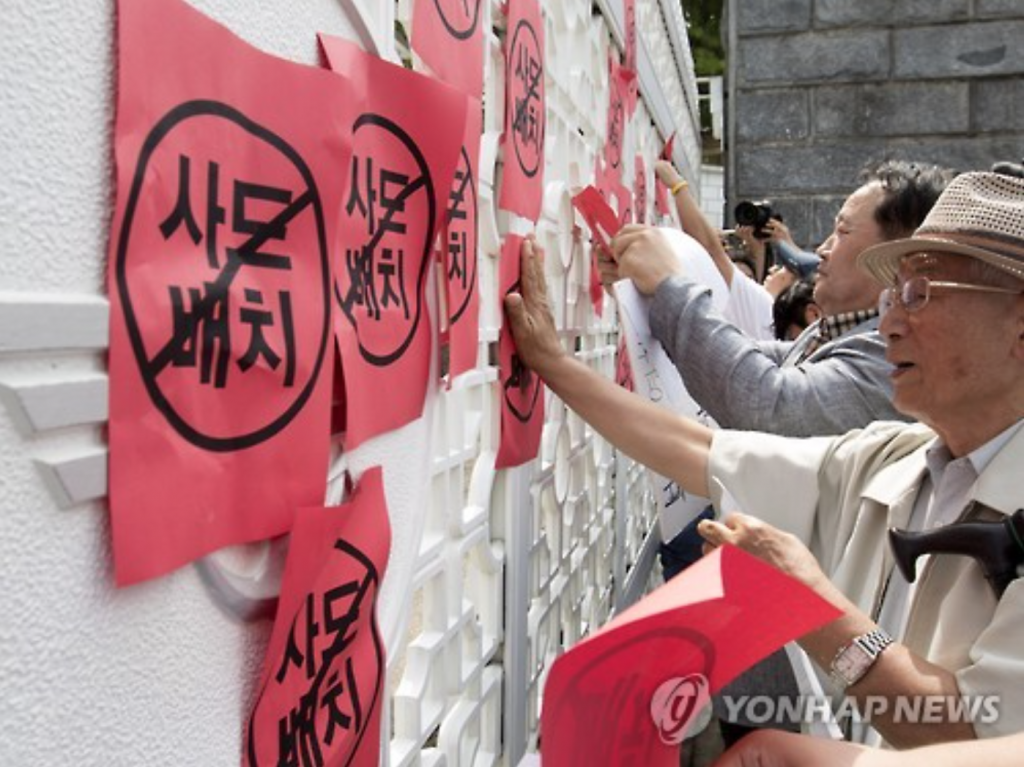 Opposing the deployment of a THAAD system in South Korea, members of a local civic group fix red pieces of paper to the gate of the defense ministry building on July 13.

The next day, however, saw a counter-protest in central Seoul, where members of conservative youth groups threw their full support behind the rationale of the missile defense system. The civic group went a step further to stage a satirical performance mocking the North Korean leader Kim Jong-un. 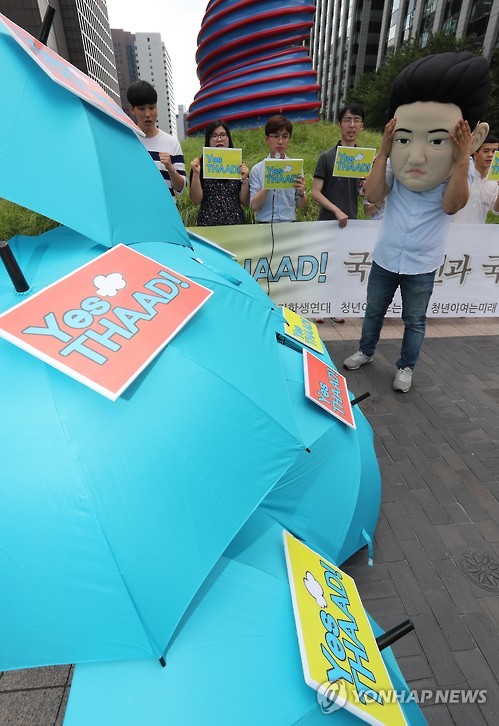 But on Thursday morning, members of conservative youth groups gathered in central Seoul, supporting the decision and emphasizing the importance of the missile defense system. 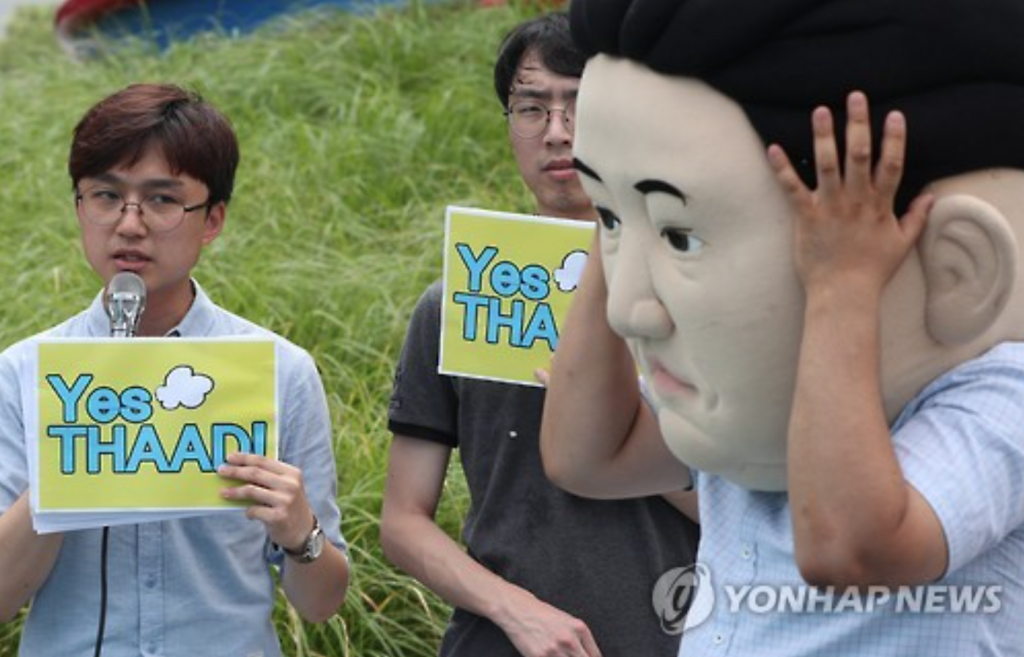 THAAD is an American anti-ballistic missile system designed to shoot down enemy ballistic missiles. The Korean government recently announced its final decision to deploy the system in Seongju County, located some 300km southeast of Seoul.