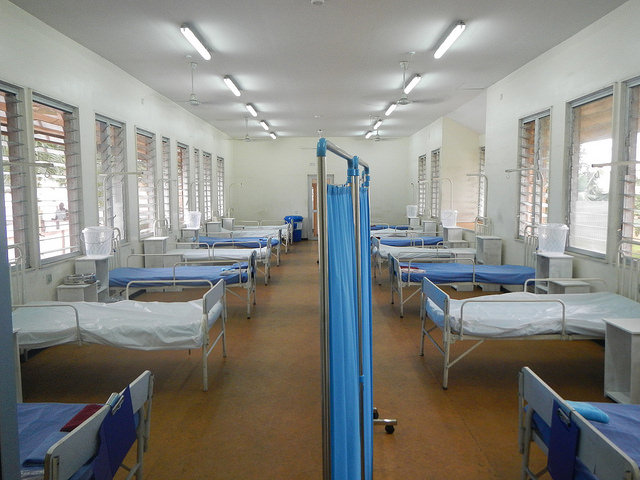 SEOUL, Oct. 18 (Korea Bizwire) – At a time when public anxiety is high due to a possible outbreak of the deadly Ebola virus in South Korea, delegations from Guinea, Liberia and Sierra Leone, three countries hit hard by the lethal epidemic, decided not to participate in a global conference to be held next week in Busan, South Korea.

Busan, the southeastern port city which also hosted Busan International Film Festival lately, will hold the 2014 International Telecommunication Union (ITU) Plenipotentiary Conference — between October 20 through November 7 — where more than 3,000 government officials and 600,000 attendees from 193 countries are expected to visit.

As time was winding down for the upcoming global event, the nation’s local new outlets, raised the possibility of receiving the unfavorable visitor called Ebola, the disease first identified in 1976 and killed nearly 4,500 people so far this year – mostly ones living in West African regions – according to WHO.

Little wonder some citizens have shown neurotic responses about the possibility given that the nation has gone through a series of horrible accidents so far this year — a resort building collapse in Gyeongju that left 10 dead and about 100 injured; Sewol ferry disaster in April which claimed more than 300 people, and a concert accident in Seongnam which happened yesterday and killed sixteen people watching K-pop concert.

That is why many people heaved a sigh of relief to hear the W. African nations’ cancellation  decision. According to a list about the participants in the event, countries with Ebola outbreaks include Liberia, Guinea, Sierra Leone, Senegal, Nigeria and Congo.

The death toll from the Ebola virus outbreak has risen to 4,447 according to WHO on Oct. 15 (image: Ebola virus virion/Wikiimedia Commons)

In case of Nigeria, the delegation is expected to attend the conference as scheduled, numbers 107 in total, so, many citizens say it is too early to put the nation at ease and it remains to be seen if the deadly virus can be possibly penetrating into the nation.

In the mean time, the government already asked the three nations not to visit the upcoming conference and their last-minute decision seemed to have been made to South Korean government’s request for that matter.

The World Health Organization (WHO) announced on October 15 that there were 8,914 cases of Ebola virus overall, including the fatal cases.