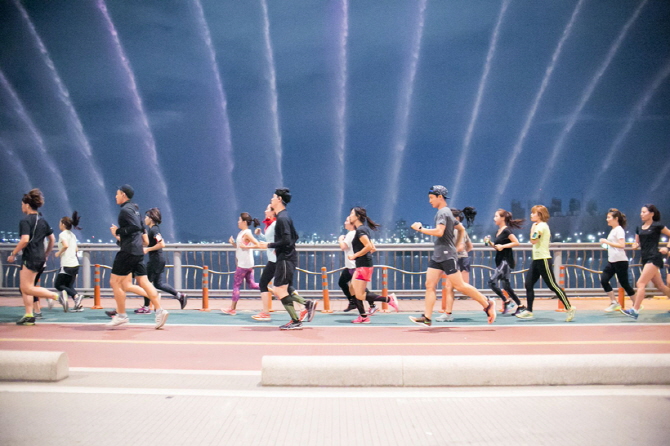 Participation among young Koreans in running races, which were typically the domain of the middle aged in the past, is increasing. (image: SRC)

SEOUL, Oct. 21 (Korea Bizwire) — Running together is becoming popular among young Koreans, leading to the coining of a new term, “ddaerun”.

It is easy to find people who participate in ‘city runs’ or running competitions through the city, and post their own records or finishes on social media such as Instagram.

There are even smart phone applications to find people to run together. On one famous app called ‘So-Moim’, more than 200 announcements have been posted by those looking for a ‘running crew’, other people to run with.

Participation among young Koreans in running races, which were typically the domain of the middle aged in the past, is increasing.

Lim So-young, 28 years old, a channel manager who runs, said, “The response of young people is so strong that a request to find 100 running mates was closed in one day.”

The biggest attraction of running together is that there is no need to compete.

Choi Hyung-kyung, a 29-year-old member of a running group, said, “We run together, we are not competitors. It’s not like I’m running to win someone. If I were to compete, I will be competing with myself.”