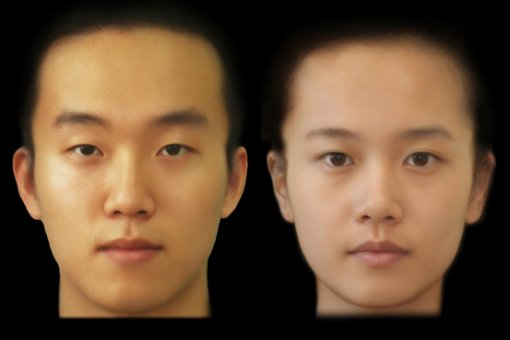 “We are the World?” Koreans might increasingly look alike Southeast Asians owing to the rising multicultural families in the nation. (image: The Korean Face Institute)

SEOUL, Sep. 30 (Korea Bizwire) – It is reported that in 100 years the average face of Korean people will bear some resemblance to facial features of Southeast Asians, largely because of the rising number of multicultural families in South Korea, according to a private research institute the Korean Face Institute on September 25.

The institute ran a computer simulation with 20,000 photos to predict the face changing patterns in the future. The results of the computer simulation have demonstrated that in 2100 typical Korean males will have thicker eyebrows and a wider forehead. Also, Korean females are expected to have double eyelids that now are made with a plastic surgery.

“Such changes are attributed to the expansion of multicultural families,” explained Chou Yong-jin, CEO of the Korea Face Institute.

According to the Ministry of Education, the rate of students from multicultural families passed 1% of the total students in April this year for the first time in South Korea’s history. In fact, around 2050 the rate of the multicultural population will shoot up to 4.8%, as the Korea Face Institute predicted.

The institute illustrated that Korean faces were more circular and had more southern mongoloid features in 12,000 BC, but an influx of Siberians to the Korean Peninsula for thousands of years attributed the faces to feature a combination of southern and northern mongoloid characteristics.