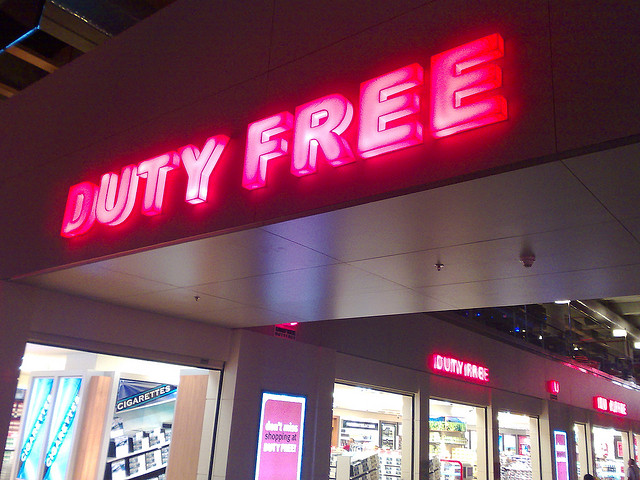 The two duty-free giants, in addition to local builder Booyoung Group, have submitted proposals to the customs office for a license. (image: Neil Bird/flickr)

SEOUL, Feb. 26 (Korea Bizwire) — South Korean duty-free retailers Hotel Lotte and Hotel Shilla are competing again to open more stores, this time on the country’s southern island of Jeju, which has become a business hotspot teeming with Chinese tourists who have proven to be zealous shoppers.

The two duty-free giants, in addition to local builder Booyoung Group, have submitted proposals to the customs office for a license that would enable the winner to operate for five years one of the island’s two downtown duty-free facilities for foreigners, according to the companies. The results are due as early as Friday.

Hotel Lotte was the winner in the earlier bid to run stores at the Incheon International Airport, earning the right to open stores in four zones, followed by Hotel Shilla with three and Shinsegae Chosun Hotel with one.

The Jeju bid has drawn keen industry and media attention as a lucrative springboard for the winner to expand its footing in the island’s estimated 1 trillion won (US$910 million) and growing duty-free business. Government data show that more than 1 million foreign tourists have visited the resort island this year, with Chinese visitors accounting for nearly 90 percent of the total.

Unlike for airport duty-free shops, the ongoing bid does not specify where the downtown store should be based. Hotel Shilla and Booyoung Group plan to operate in the island’s southern district of Seogwipo, while Hotel Lotte has proposed to relocate its Seogwipo branch to the island’s capital of Jeju city.

Market watchers say that winning the bid would carry different weights for the three rivals.

Hotel Shilla will be adding a second branch in addition to its existing foreigners-only facility in Jeju city, while Hotel Lotte seeks to shore up weak sales at its Seogwipo branch through relocation. All duty-free facilities for foreigners will be based in the city area if Hotel Lotte wins the bid.

For Booyoung, it would mean getting a new growth engine for a business portfolio that is skewed toward construction.

“We plan to use our know-how in the property construction business to enter the tourism and leisure business. Launching a travel retail business in Seogwipo will be a core part of that plan,” the company said as it hopes to incorporate the duty-free store in its namesake hotel that is set to open next month.

In efforts to secure the license, the three companies have been announcing plans to contribute to the island’s development, ranging from building schools to supporting businesses in areas that have been excluded from the tourism boom.

Market watchers, however, say that a new evaluation measure that favors balanced regional development may serve as the deciding factor in the competitive bid.

A document issued by the Korea Customs Service cites general factors, such as financial stability and social responsibility, as well as a Jeju-specific clause that puts emphasis on “balanced development throughout regions in Jeju Province.”

“Given the fact that the clause was specifically adopted for this bid, it is likely that the government would prefer firms that have proposed to open a store in the Seogwipo area,” said an industry official.