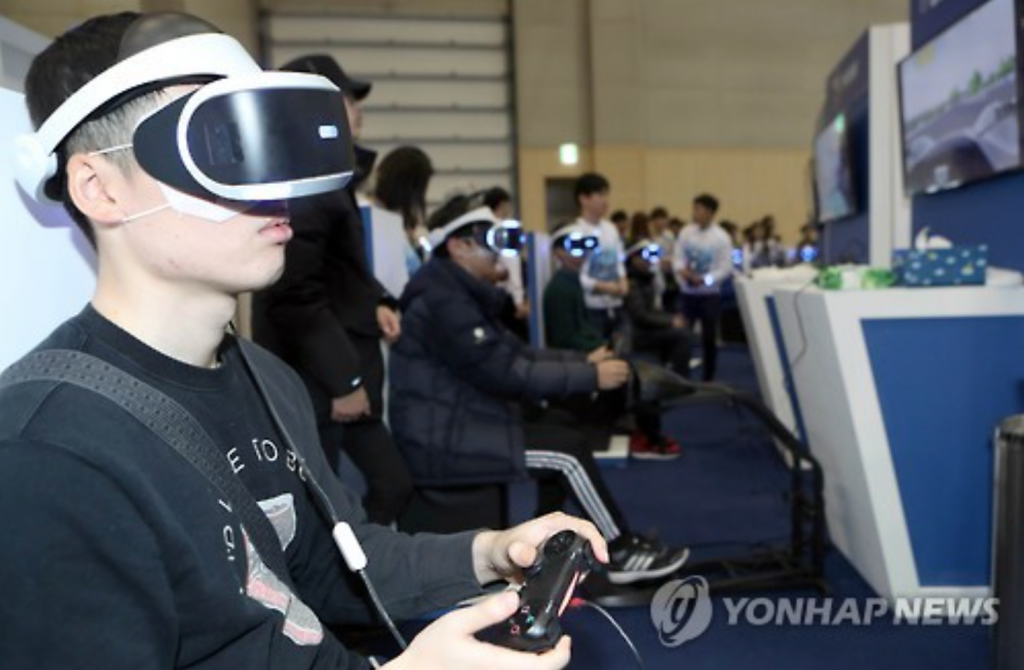 “We can only seek to popularize VR technology by ceaselessly expanding the market, and diversifying VR devices targeting different consumer groups, from professional consumers to the average population, and businesses.” (image: Yonhap)

BUSAN, Nov. 18 (Korea Bizwire) – The biggest videogame fair Korea has to offer, the G-Star Global Game Exhibition, kicked off in Busan Thursday, attended by 653 developers and distributors from 35 countries.

Highlighting this year’s exhibition, themed “Play to the Next Step”, was virtual reality technology, which is expected to become the “next big thing” for the gaming industry.

Among the participants showcasing VR games was Sony, which held the Korean launch for its PlayStation VR in October. Featured at Sony’s “VR Special Zone” were a dozen of the company’s latest PS VR games, including Resident Evil 7: Biohazard, Batman: Arkham VR, and Farpoint.

Epic Games showcased its game engine Unreal Engine 4, which allows for easy VR game development. It is a free-to-use tool for developers, and the company only collects 5 percent of revenue in royalties if the game makes an official launch, and starts making a certain amount of profits, making it a popular go-to kit for developers.

“We intend to establish an environment for VR videogame development that requires little personnel and is less strenuous,” an official said, indicating that lowering the barriers to entry will naturally lead to a higher number of quality VR games. 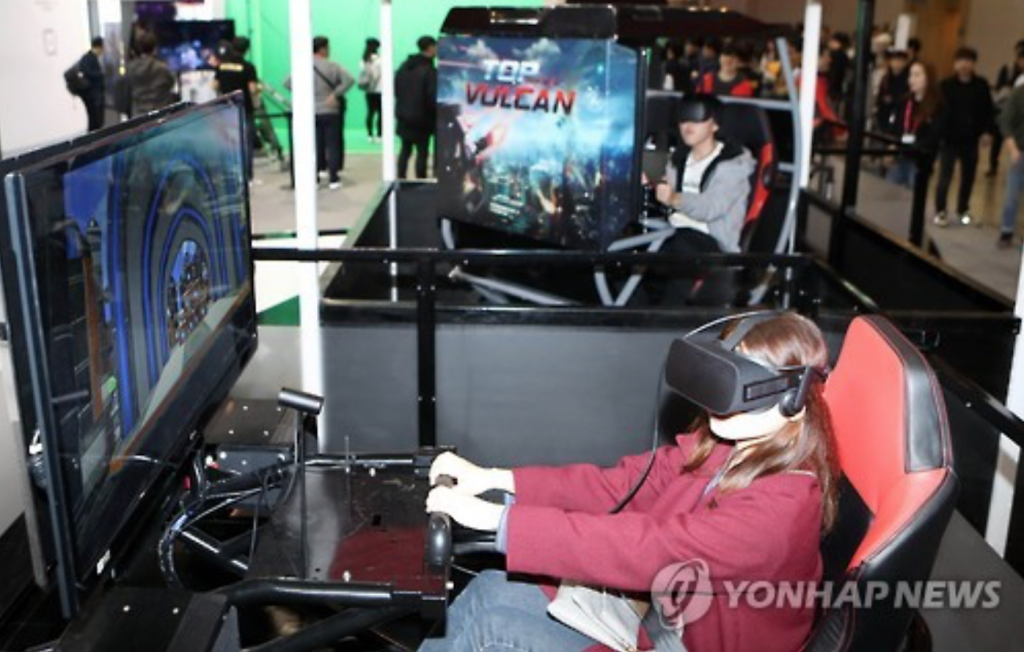 Despite the apparent popularity of VR technology, it wasn’t the leading focus at the fair for domestic firms such as Nexon and Netmarble Games. Instead, Korean companies emphasized high-end mobile games like Lineage 2: Revolution (Netmarble).

“The infrastructure for VR games here is still undeveloped, which makes local firms hesitant to jump in and follow the trend,” said professor Choi Sam-ha from the Sogang Advanced Game Education institute. “By the second half of next year, however, the local market for VR games will be better established, mainly driven by overseas developers, which is when Korean companies will take a more active approach.”

Nonetheless, the prospect of VR games has yet to deliver guaranteed success, as VR devices remain expensive, and still fall far short of perfection. Limited image quality, the discomfort of wearing the devices, and exposure to motion sickness are also elements that need to be overcome.