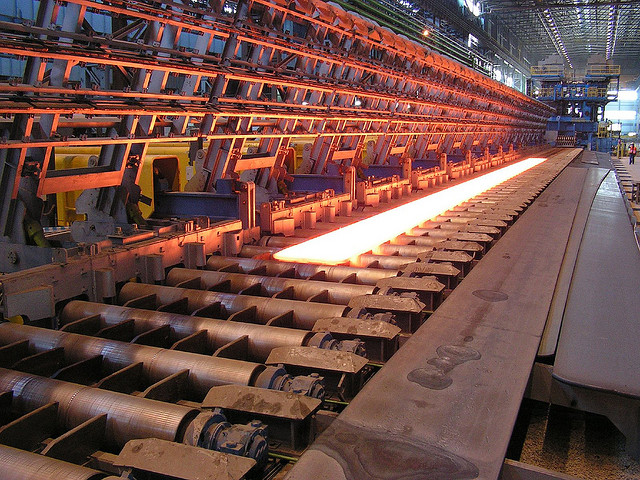 Korea Eximbank announced on December 3 that it would make a US$1.3 billion investment in the plant, including a US$910 million loan and US$390 million in guarantees. (image: Vadzim Vinakur/flickr)

SEOUL, Dec. 4 (Korea Bizwire) – The Export-Import Bank of Korea (Korea Eximbank) plans to provide US$1.3 billion worth of financing to an integrated steel mill which Korea’s POSCO E&C is building in Brazil.

Korea Eximbank announced on December 3 that it would make a US$1.3 billion investment in the plant, including a US$910 million loan and US$390 million in guarantees. The steel mill project, worth US$4.3 billion, is the largest-ever steel plant construction order won overseas by Korean companies.

The project is a joint venture of Vale S.A., the largest iron ore supplier in the world, which owns a 50 percent share, together with Dongkuk Steel (30%) and POSCO (20%). The Brazil CSP Steel Plant Complex is being built in Pecem, Ceará, a northeastern state of Brazil.

The first stage project, which is scheduled to produce 3 million tons of slabs, is expected to be completed by late August in 2015.

The project is combination of overseas investment as well as construction. POSCO and Dongkuk are providing the investment capital, while POSCO E&C is participating in the project as a constructor. The plant will be run by POSCO, and Dongkuk will import steel products from the complex.

The project is rated as highly value-added, since it combines profits from construction, high returns from operating the plant, and long-term dividends from the share investment.

In the first stage of the project, POSCO E&C will be involved in all aspects of the steel plant, from its engineering, procurement, construction and test runs, through raw material handling and lime calcination, coke oven equipment, blast furnace, steel making, continuous casting, and generation and auxiliary facilities.

As POSCO E&C mobilizes 848 Korea workers in 28 partner companies to the construction venue, the project will also contribute to the creation of jobs.

An Eximbank official said, “Thanks to the investment in the project, we secured mid and long-term financial assets of 12 years. We will try our best to revitalize Korean firms’ advancement into overseas projects, following the government policy of enhancing overseas construction and winning plant orders.”

Meanwhile, with the successful financing of project as momentum, it is expected that mutual economic cooperation between Korea and Brazil will be increased. It is anticipated that more Korean firms will join the large-scale project proposed by Brazilian President Dilma Rousseff.