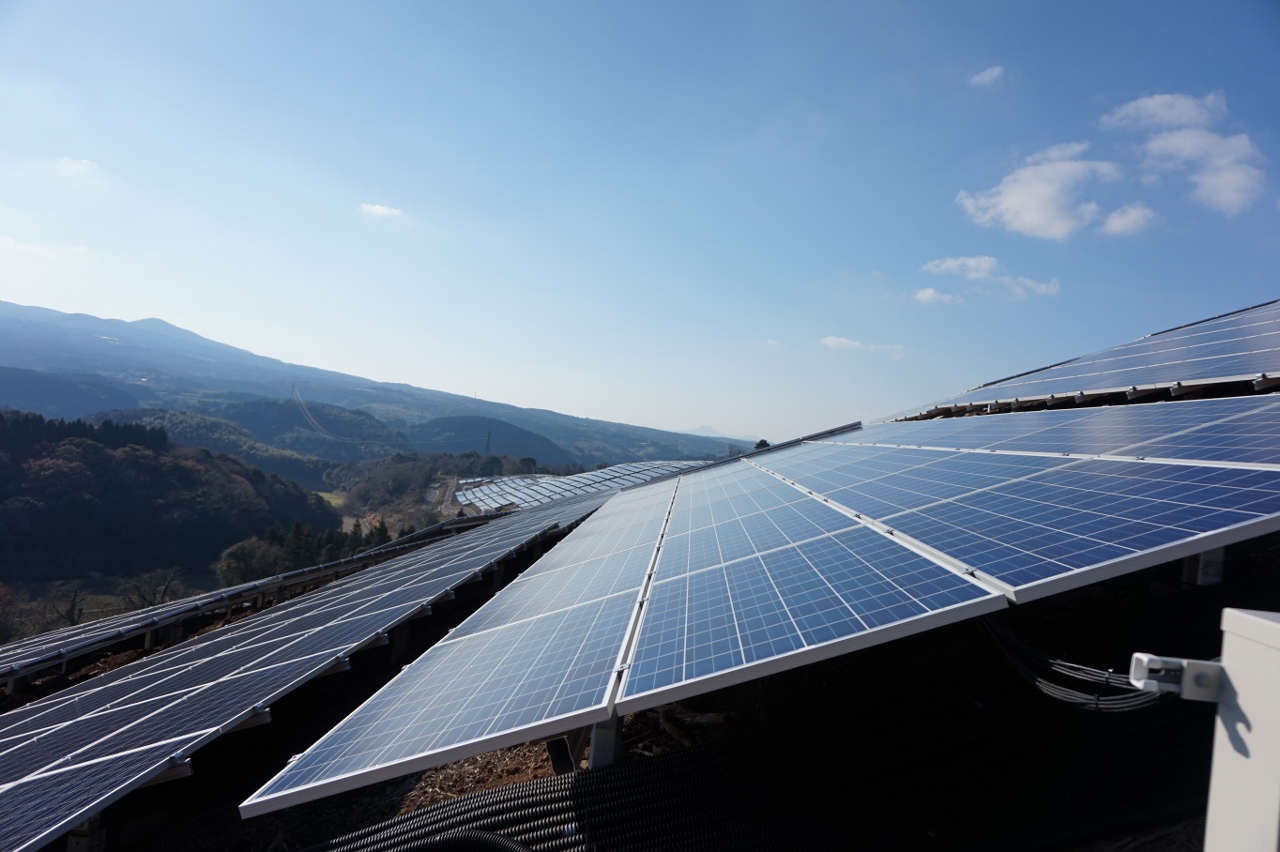 Hanwha Q CELLS Japan had a completion ceremony for the Hanwha Solar Power plant in the city of Kitsuki on January 15.(image:Hanwha Group)

The plant, built with 97,000 modules manufactured by Hanwha Q Cells, can produce enough electricity to power 7,190 homes per year. Hanwha Q CELLS Japan started developing the plant in October 2013 and started producing energy at the beginning of the year. The company is number one in sales among non-Japanese solar power companies in Japan, leading the market with a sales record of more than 700MW modules.

Oita Prefecture is currently committed to developing solar power plants including the Oita Solar Park, which will be the biggest solar power plant in Japan. Hanwha Solar Power Kitsuki is drawing attention from industry experts for its construction tactic of building on a slope, which saves costs compared to building on level ground.

Hanwha Q Cells Japan CEO Charles Kim said that he believes the company is unparalleled in the industry due to its cost effective construction on slopes. He said that although the company started as a module manufacturer, it is now in the running to be one of the leading renewable energy providers in Japan.