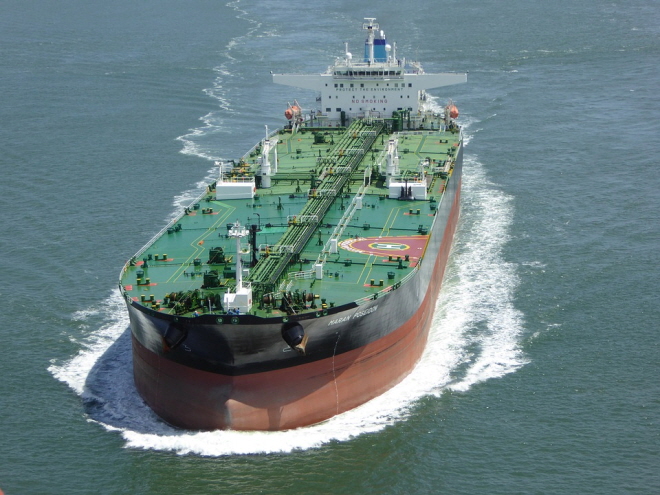 Since 2010, SKTI has been renting a mega oil tanker in Singapore, utilizing it as a blending tank to add half-refined materials to create low sulfur fuel.

As a result, the company has been producing 1 million tons of low sulfur fuel per year while doubling its production of ultra-low sulfur fuel oil, which boasts an even lower sulfur content.

SKTI also plans to expand its global sales network of the eco-friendly fuel in the meanwhile.

Officials at SKTI explained that the new initiative was triggered by an announcement by the International Maritime Organization (IMO) that it would implement regulations calling for a reduction in sulfur content in bunker fuel.

According to the new regulations, ships will be required to use fuel with sulfur content of no more than 0.5 percent, a significant drop from the current limit of 3.5 percent.

SKTI is preemptively preparing for a new paradigm shift that would see a boost in demand for ultra-low sulfur fuel with less than 0.5 percent sulfur content.

An official at SKTI said that SK is the only domestic company that has been attempting to produce fuel with low sulfur content because blending the fuel at sea is much more challenging than carrying out the process on land, saying, “We are utilizing a great opportunity to pioneer a market that follows new environmental regulations.”

In addition, SK Innovation explained that it was moving forward with the installation of new facilities that would expand the production of eco-friendly marine products in line with IMO regulations.