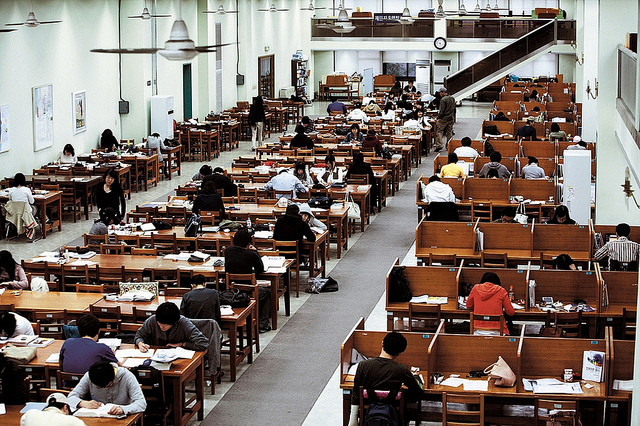 Humanities graduates have increasingly suffered unpopularity in the job market. (image: The Catholic University of Korea/flickr)

The Wall Street Journal reported on June 6, 2013, that the unemployment rate of graduates majoring in English among recent college graduates in the United Sates was 9.8 percent. “By contrast, recent chemistry graduates were unemployed at a rate of just 5.8 percent, according to a June report from the Georgetown Public Policy Institute which used data from 2010 and 2011.”

Humanities graduates in South Korea have increasingly suffered unpopularity in the job market. According to a website providing information on higher education in Korea, the employment rate of science and engineering graduates overtook that of humanities in eight colleges out of ten public and private universities nationwide in the second half of 2013.

Only in two universities including Seoul National University and Korea University, did the rate of humanities graduates outnumber that of graduates majoring in STEM. However, the reason is not that humanities students in both colleges were competent; but that science and engineering graduates in the colleges tended to go to graduate schools rather than entering the job market.

Of the ten Korean universities, six had more than 10 percent gap between the rate of humanities grads and science alumni. The data reported that only three in ten humanities graduates had a job. In case of Korean history graduates in a local college, zero out of 36 students got a job in the second half.

Hankook-ilbo, Korea’s leading news outlet, said that the trend is attributed to the fact that Korea’s industry particularly focuses on manufacturing and heavy chemicals. Also, Korean large companies have a strong point in producing hardware more than software. 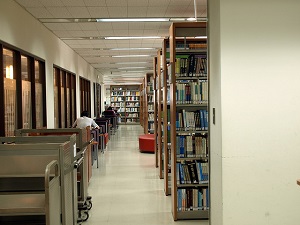 The unemployment problem of humanities graduates has created another problem. (image: Alan C./flickr)

In the second half of 2014, some affiliates of Samsung Group, LG Group and Hyundai Motor Group, planning to hire a total of 10,000, don’t have any plan to employ graduates majoring in humanities. Shinsegae Department Store, Lotte Group and CJ Group plan to employ only a total of 2,000 humanities graduates. Considering the fact that about 150,000 humanities students will graduate colleges in the first half, much more than science and engineering students of 130,000, the employment rate of humanities grads cannot help but lower than that of science graduates.

Financial sectors which used to hire humanities students now prefer students studying STEM fields. Kookmin Card hired STEM graduates in 40 percent of its new employees in the first half of 2014. “As the industry has increasingly had issues such as information security and information technology, it is true that those who have studied technology and engineering are favored,” an official of the company said.

The unemployment problem of humanities graduates has created another problem. Those who can’t make a living because of their majors prepare for a civil service exam, raising already intense competition rate further. “The age of students preparing for the exam varies from 20s to late 30s, but most of them majored in humanities,” a sociology student said.

Furthermore, an increasing number of graduates enter community colleges again to have a decent job. Congressman Yu Ki-hong said that, based on data submitted by the Education, Culture, Sports and Tourism Committee, 3,638 graduates re-entered community colleges within three years to study fields which guarantee a spot in the job market such as nursing, early childhood education, physical therapy and dental technology. The cost of reeducation of these students is estimated 260 billion won, or about US$247 million, a year.

“The benefits from humanities degrees often are not fully realized until later in life. However, employees who understand humanities will really stand out in our industries,” said Yu Seong-ho, a professor of Hanyang University.