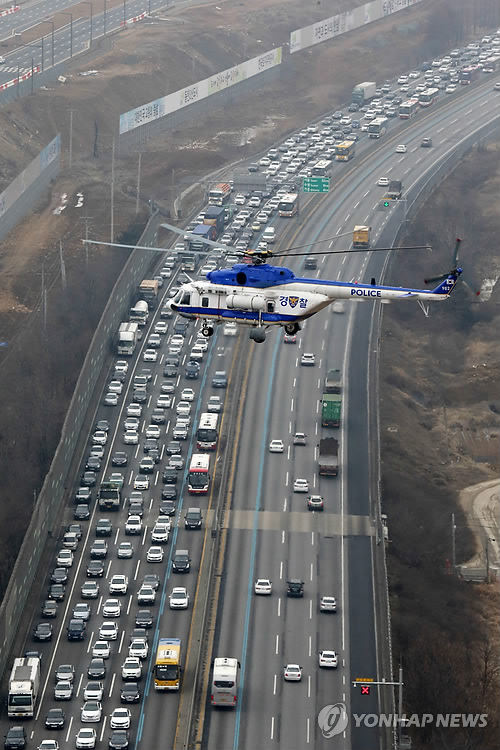 SEOUL, Feb. 17 (Korea Bizwire) – The annual migration of South Koreans for the Lunar New Year began Tuesday with millions heading to their hometowns ahead of the traditional holiday.

The picture above shows heavy traffic congestion occurs on southbound lanes of the Seoul-Busan Expressway in Hwaseong, south of Seoul, ahead of the Lunar New Year holidays on Feb. 17, 2015. Lunar New Year’s Day, which falls on Thursday this year, is one of the largest holidays in South Korea with this year’s holiday running from Wednesday to Sunday.

The departure terminal of Incheon International Airport, west of Seoul, viewed from the image on the lower part, is also bustling with overseas travelers ahead of the Lunar New Year holidays on Feb. 17, 2015. About 33.5 million trips are expected to be made during this year’s holiday, 15.7 percent higher than last year, according to the transport ministry. 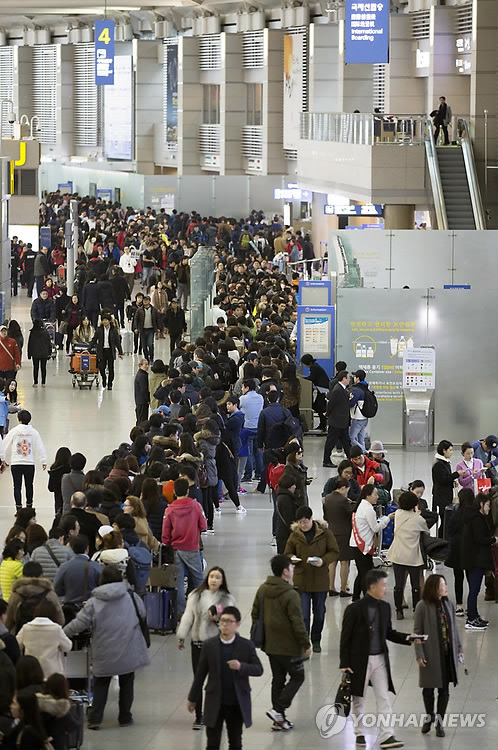