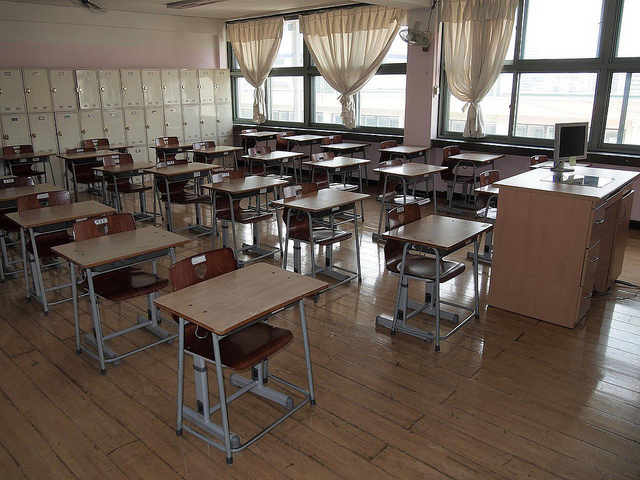 The private share in public education is higher for high schoolers and college students as the share was 1.9 percent, about four times higher than the OECD average of 0.5 percent. (image:Michael-kay Park/flickr)

SEOUL, Sep. 11 (Korea Bizwire) – Korea was ranked No. 1 again in terms of the private share of public education cost among 34 Organization for Economic Cooperation & Development members for 14 consecutive years. According to the Ministry of Education on September 9 based on data released by the OECD, the ratio of public education cost to the GDP for Korea was 7.6 percent (as of 2012), about 1.5 percentage points higher than that for the OECD average of 6.1 percent.

The private share in public education is higher for high schoolers and college students as the share was 1.9 percent, about four times higher than the OECD average of 0.5 percent. Meanwhile, the share at elementary and middle school levels was 0.8 percent, a little less than three times that for the OECD average (0.3%).

The contrast is more pronounced if one compares the share paid for by the government and private individuals (parents). The OECD member countries pay about 80 percent of the public education cost while the remaining 20 percent is paid for by parents. Meanwhile, the share in Korea is 60 to 40. In terms of cost share in higher learning area only, the ratio reverses to 30:70 while OECD countries on average show a ratio of 70 to 30.

The government’s cost share has increased to 62.8 percent in 2011 from 58.9 percent in 2005, but still fell short of the OECD average. As for public expenditure per K-12 student, the 2012 figure for Korea was $8,382 on purchasing power parity basis, which was much lower than the OECD average of $9,487. In terms of the number of students per classroom, Korea was ranked high, implying it is still suffering from the problem of an overcrowded class.

For example, at elementary school level per-class student numbers were 25.2, while the OECD average was 21.3. At middle school level the number was highest at 33.4 among all OECD countries, overtaking that for Japan (32.7).