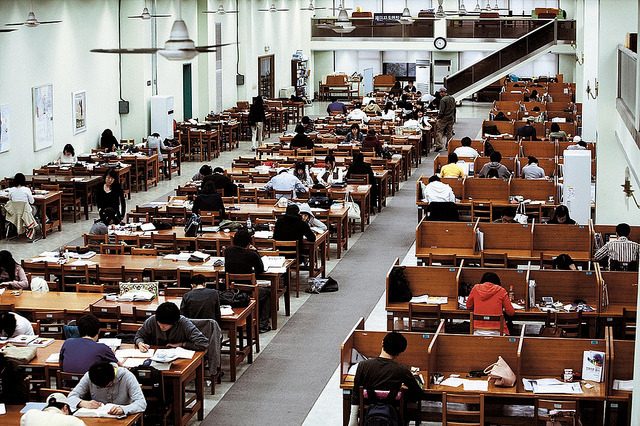 These are big changes to public libraries that have long been go-to spots almost exclusive to young students. (KobizMedia/ Korea Bizwire)

SEOUL, June 7 (Korea Bizwire) – Public libraries are evolving into what is being referred to as ‘culture development centers’. Local governments are renovating and expanding the facilities to better meet their residents’ changing needs.

Article 22 of the library law prompts local governments to appoint ‘central libraries’ that serve as the main libraries in the region. And big changes are coming to some of these libraries across the country.

The Gyeonggi Provincial Government is investing 65 billion won to construct a new central library by 2020. One of the provincial government’s major goals is to use a nearby plaza to promote large-scale book festivals.

The city of Daegu also plans to replace its 30-year-old Central Library with a new library in its Namgu district.

The Busan Metropolitan Government will finish the construction of its new library by 2018. The library, which will feature two basement and four above-ground levels, placed less emphasis on traditional reading rooms and more on reference rooms.

The Gyeongbuk Provincial Government is investing 34.8 billion won to build a new central library in one of its new towns near Andong and Yecheon. The new building is expected to be completed by 2018. 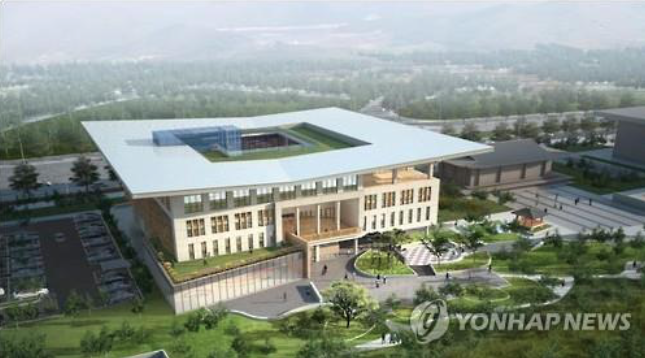 The Gyeongbuk Provincial Government is investing 34.8 billion won to build a new central library in one of its new towns near Andong and Yecheon. (image: Yonhap)

The contents of Korean libraries are also changing to better meet their visitors’ needs. Libraries are offering more diversity, including children’s and multi-cultural reference rooms, as well as culture programs like humanities lectures. The Haeundae Library in Busan even offers educational programs specifically aimed at the elderly.

Libraries in cities like Changwon, Gimhae, and Tongyeong, where there are higher numbers of multicultural families, offer Korean language and culture exploration programs.

These are big changes to public libraries that have long been go-to spots almost exclusive to young students.

“A library is no longer a place for exam studies only,” said a Gwangju city official. The city, in association with the city library, hosted a library culture event on Saturday. “We’ll continue our efforts to create a place for leisure and culture for all people regardless of age.”