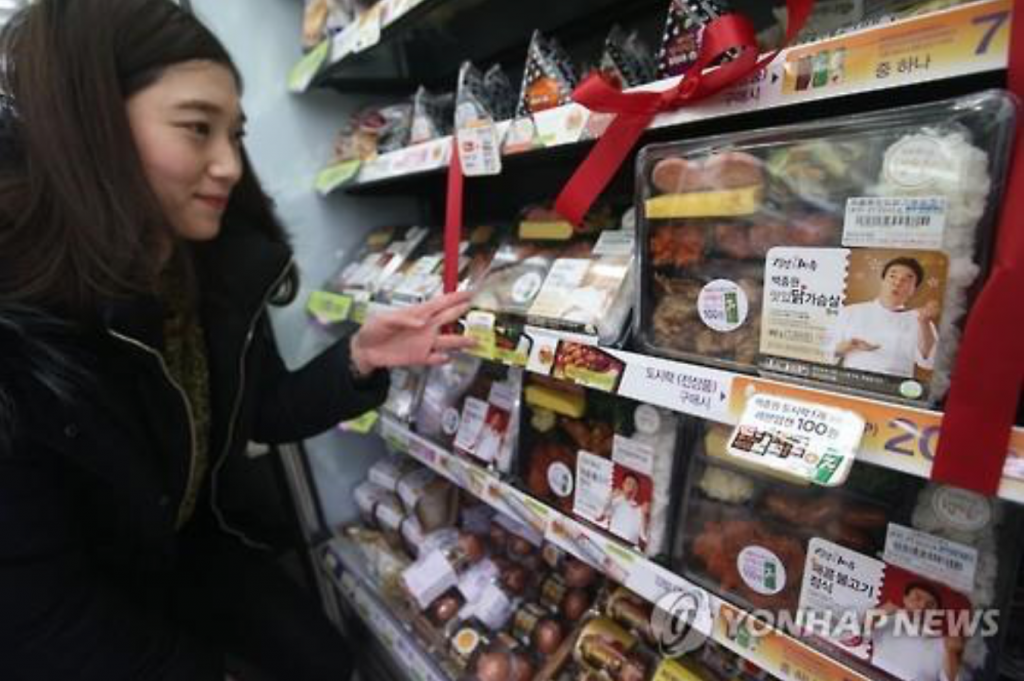 The data also showed sales of packaged meals to the middle-aged class skyrocketing 237 percent in the first half from a year ago, compared with a 186 percent rise for 30-somethings and 193 percent for 20-somethings. (image: Yonhap)

The figure for 40-somethings increased to 19.7 percent in the January-March period from 16 percent in 2014, with the number for those in their 50s and older rising to 13.2 percent from 11 percent over the cited period.

In contrast, the percentage for South Koreans in their 20s and 30s shrank to 58.1 percent in the first half from 63.1 percent two years earlier.

The data also showed sales of packaged meals to the middle-aged class skyrocketing 237 percent in the first half from a year ago, compared with a 186 percent rise for 30-somethings and 193 percent for 20-somethings.

CU said the surge in sales of packaged meals mirrors a growing tendency among the middle-aged to tighten their belts in the midst of a weak economy and seek convenient and quick meal options.

The convenience store chain said it will come up with a variety of packaged meals in an effort to meet diverse customer needs.

“Sales of packaged meals nearly tripled this year from a year earlier with people in diverse age groups buying them,” said Lee Na-ra, a CU product manager. “CU will try to roll out packaged meals as delicious and as hot as home-cooked foods that can appeal to all generations.”