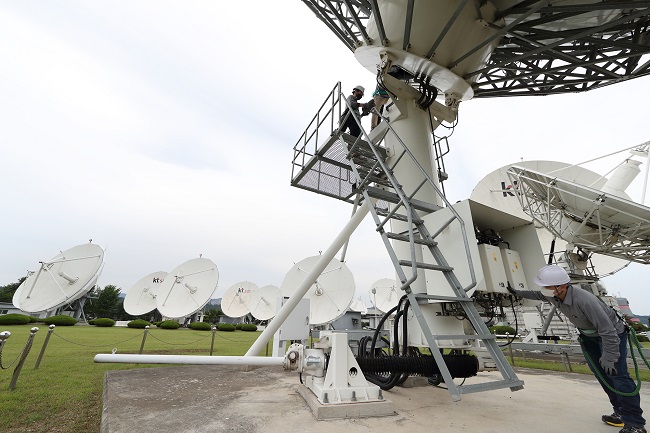 KT Sat Co., a satellite service arm of KT, announced that it will launch the Mugunghwa-6A to replace the Mugungwha-6, whose lifetime is scheduled to end in 2025 following its 2010 launch.

The company said it plans to apply high-throughput satellite (HTS) technology, which can handle 10 times the data of traditional satellites.

The company is currently studying solutions interconnecting 5G technology with the satellite.

If commercialized, KT Sat said people will be able to enjoy 5G service even in foreign countries without stable telecom networks and in moving objects like cars.

To spur its development of technologies connecting 5G and satellites, KT Sat will initiate a co-research project with the European Union in the second half of the year.

It plans to demonstrate video transmitting service using a satellite 5G solution at the French Open tennis tournament in May 2021.

“Currently, overseas sales account for only 12 percent of our total sales, but we plan to increase that percentage to 30 percent,” KT Sat CEO Song Kyung-min said.