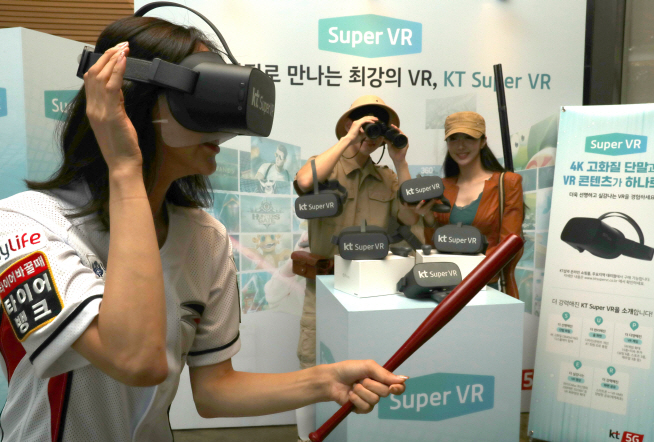 A model enjoys KT’s virtual reality content using an all-in-one headset during a media showcase in Seoul on July 1, 2019. (Yonhap)

The telecom operator said its Super VR service will be available on Pico’s G2 4K VR headset, the upgraded version of its 3K-resolution G2.

KT said it has increased the amount of 4K VR content to 450 games, videos and other media in partnership with various providers in entertainment, education and travel.

The company said an unlimited monthly subscription for the new service is priced at 8,800 won (US$7.65) and a bundle package of a six-month plan and a Pico VR headset costs 450,000 won, it noted.

KT said it plans to expand partnership with content providers and developers to offer “killer content” for a growing number of 5G smartphone users.