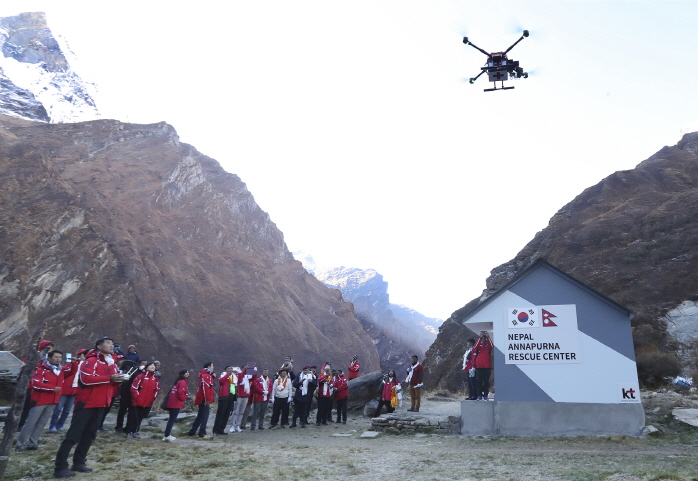 KT said the new ICT rescue center was opened in the base camp on Machhapuchhre, a mountain 3,700 meters above sea level, in the Annapurna Himalayas of north central Nepal.

KT said the new facility has a long-term wireless repeater to help trekkers carrying GPS devices and smartphones better communicate with rescue workers in the base camp.

The company said the new center will help locate trekkers, allow drones to deliver rescue devices and medical supplies for those who are in emergency situations.

The center opened after KT, Nepal’s government and the Um Hong Gil Human Foundation, a foundation named after a famous South Korean mountaineer, signed an agreement in May to collaborate on emergency rescue services on one of the most popular trekking courses in the world.