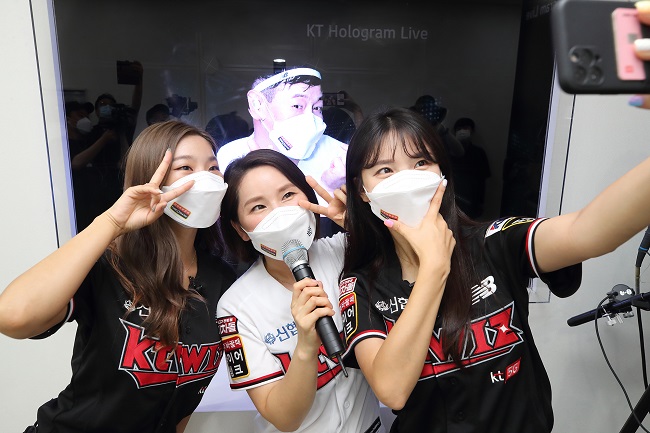 Although local mobile carriers offer 5G networks on the mid-band spectrum, they have yet to commercialize services on the high-band spectrum, also known as mmWave, which unlocks the fastest speeds on 5G.

KT said it will showcase a range of 5G services that use the technology at KT Wiz Park in Suwon, south of Seoul, from real-time hologram meetings to cloud gaming to virtual reality via its YouTube channel next Monday.

The company plans to test more mmWave 5G services later this year, including at a concert hall in Seoul in September.