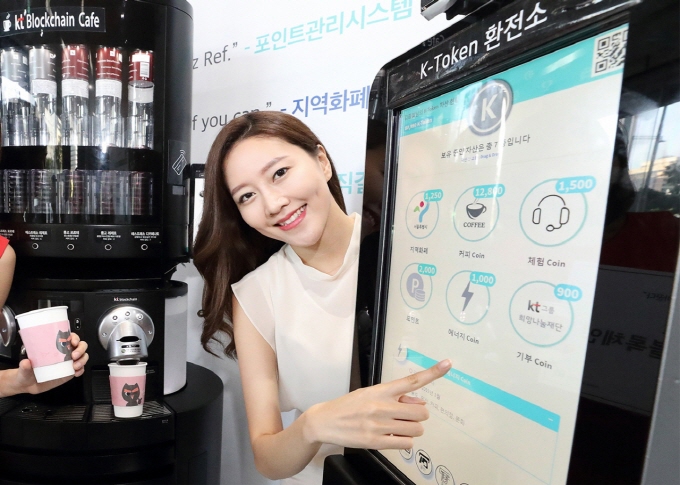 The company said it also plans to apply its blockchain technology into new emerging businesses, such as energy management and identity authentication.

In the near future, KT plans to incorporate its blockchain technology in other platforms, including artificial intelligence and the fifth-generation (5G) network to make inroads into emerging markets.

KT said it is preparing to launch a blockchain-enhanced data roaming service in cooperation with global network operators, such as Japan’s NTT Docomo Inc.

KT also unveiled new Internet technology, which enables a user to log into the network using a blockchain ID instead of IP address that allows data to be secured from hackers.

The local blockchain market is forecast to expand from 50 billion won (US$44 million) this year to 1 trillion won in 2022, according to the Ministry of Science and ICT.

In order to meet the growing demand, KT plans to expand its blockchain alliance by joining hands with 36 companies to support small and midsized enterprises in the field.