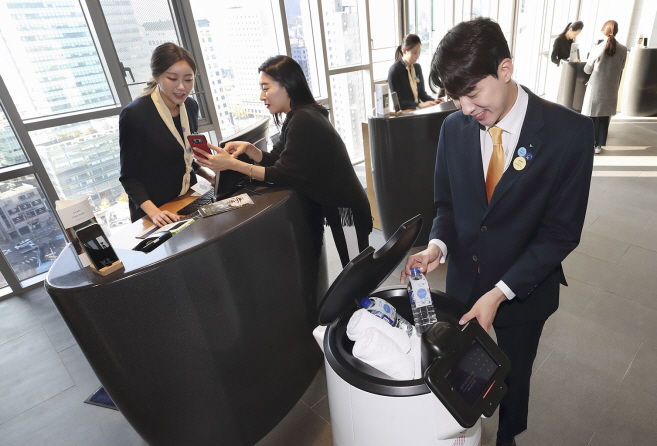 KT said it has applied its latest technologies, including three-dimension (3D) location mapping, autonomous driving and AI camera, to develop the robot.

Guests can request items through voice command or touch screen of KT’s GiGa Genie device in a room, and then N bot will identify the location to deliver the items, the firm said.

With help of its autonomous driving technology, the robot can take an elevator to move one floor to another and stop or pass by oncoming people to avoid collisions.

KT said the robot is designed to provide guests with new experiences and help hotel crews to focus on their core services.