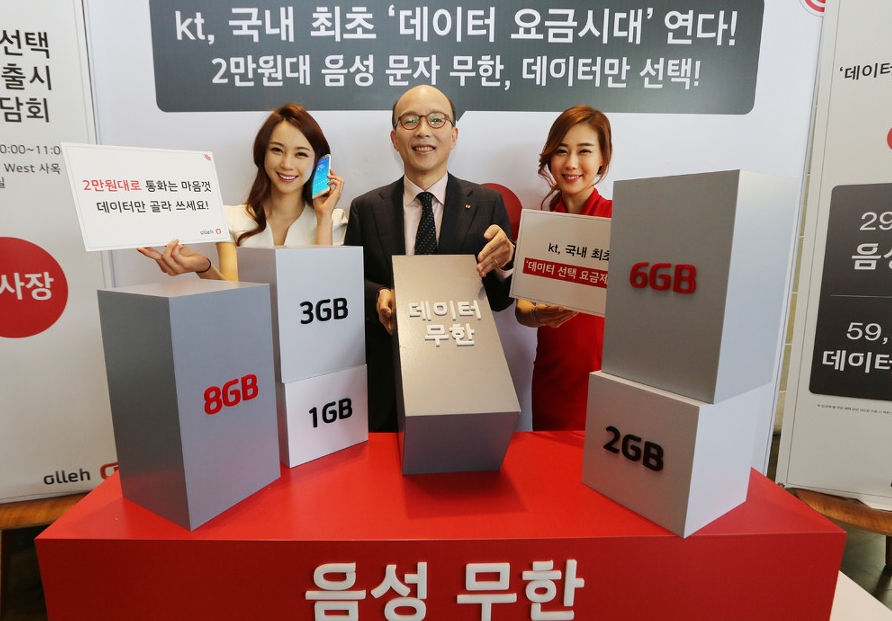 The new plan’s prices are proportional to the amount of data offered, differentiating them from other plans based on talk minutes or text messaging. (image: KT)

SEOUL, May 14 (Korea Bizwire) — KT’s new data-centric mobile phone plans have attracted more than 100,000 new subscribers only four days after their launch, said the company on May 12.

The new plan’s prices are proportional to the amount of data offered, differentiating them from other plans based on talk minutes or text messaging.

Since their launch on May 8, customers have flocked to KT to subscribe to the low-priced, data-centric plans with unlimited talk and text.

KT said that the popularity of the new plans was significant, especially when compared to a different plan providing free talk within KT members that attracted only 58,000 subscribers in the four days after its launch.

According to KT, 50 percent of the new subscribers were in their thirties and forties. Subscribers in their twenties and thirties were most likely to choose a plan at price points from 40,000 won to 50,000 won, as they are known to be the most active users of LTE data.