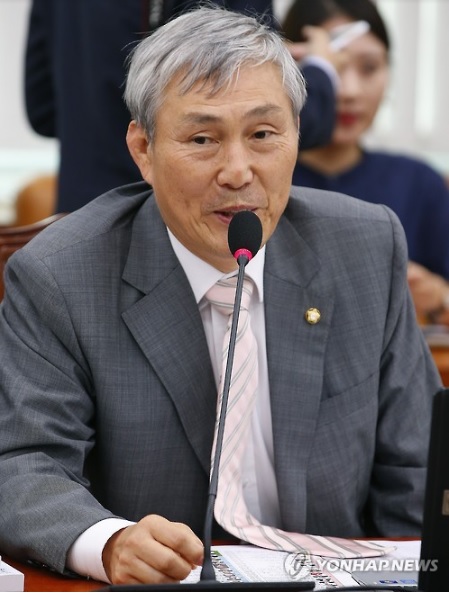 Cho Hunhyun, a Saenuri Party Representative, suggested that “copyright law must be revised so that it clearly states that Go match records are protected under the law as copyrighted works.” (image: Yonhap)

SEOUL, June 30 (Korea Bizwire) – One of the greatest former Go-players, Cho Hunhyun, now a Saenuri Party Representative, suggested that Go match records should be protected under copyright law in a report for a provisional session of the Education, Culture, Sports & Tourism Committee.

Rep. Cho told Kim Jong-deok, Minister of Culture, Sports and Tourism, that “AlphaGo versus Lee Sedol’s Go match in March was an historic event around the world, and there are many books being published shedding new light on the match. However, some publishers are reluctant to pay to use Lee Sedol’s match record.”

“Technically, it could be considered as unauthorized use. But some of them even asked for proof that Go match records are copyrighted works when asked to pay the royalty. It is too much of a burden for individuals to take legal action against this unlawful use,” Cho explained.

He urged the law to be amended, and stated that “copyright law must be revised so that it clearly states that Go match records are protected under the law as copyrighted works, hence the owner can exercise his or her rights without going through a long and complicated legal process.”

“We are fully aware of the situation. It’s a matter that needs to be discussed with the Korea Copyright Commission, and we will soon come to a conclusion,” said Kim.