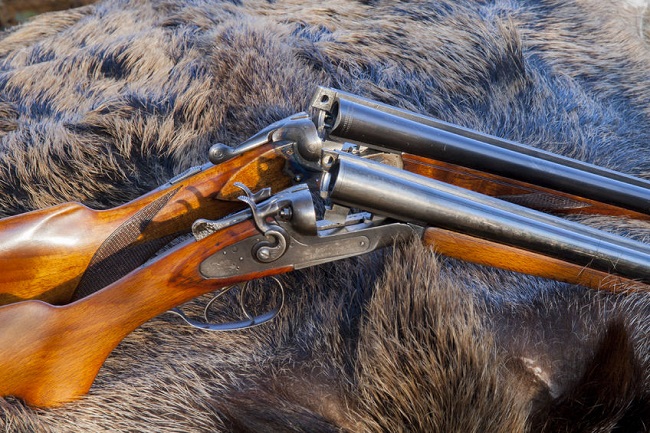 Boars and elk caught in this way are estimated to number around 20,000 in Gangwon Province and 10,000 in North Gyeongsang Province every year. In addition, over 1,000 are being captured even in the industrial city of Ulsan. (Image:Kobiz Media)

ULSAN, Jul. 31 (Korea Bizwire) — Harmful wild animals such as boars and elk captured across South Korea number in the tens of thousands every year. However, they are being unlawfully handled and treated due to unrealistic regulations concerning their post-mortem treatment including slaughter and disposal.

Boars captured by hunters are usually slaughtered close to streams or in private dwellings, while elks deemed not fit for human consumption are buried on hills and mountains indiscriminately, which could contribute to the spread of infectious diseases and water and soil pollution.

Since boars and elks cause significant damage to crops in harvest seasons, and were therefore  classified as harmful animals, cities and provinces across the nation have formed groups and organizations comprised of hunters for the purpose of wild animal damage prevention.

Some cities and provinces in Gangwon Province and North Gyeongsang Province have relied on hunters to manage the animal populations as the damage to farmers grows serious.

Boars and elk caught in this way are estimated to number around 20,000 in Gangwon Province and 10,000 in North Gyeongsang Province every year. In addition, over 1,000 are being captured even in the industrial city of Ulsan.

While the number of boars and elk being hunted down across the country is now in the tens of thousands and still growing, a serious issue has arisen with regards to the disposal of animal carcasses.

The Ministry of Environment mandated in June of last year under the revised administrative provision on harmful wild animal capture that hunters can either consume or offer captured animals to farmers for free and established a relevant administration unit, with farmers and hunters to take care of dead animals in mutual consultation, excluding them from commercial distribution and transactions.

However, the provision does not include any instructions on how boars are to be treated, as their meat is usually consumed for food after they are slaughtered.

“Since boars are not categorized as livestock, they need to go through ante-mortem inspections to check their infections and should not be buried indiscriminately,” said an official in the city of Ulsan. “The number of captured boars and elk is gradually increasing, and regulations on the disposal of dead animals need to be codified at the government level.”