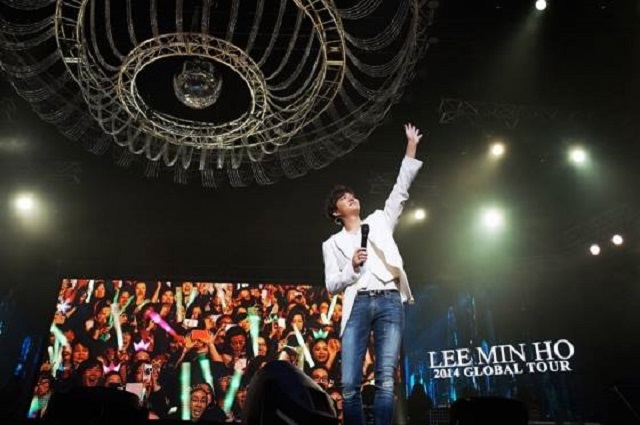 Lee Min-ho successfully wrapped up the Chinese leg of his “Reboot Lee Min-ho (RE:MINHO)” global tour on November 22 at Mercedes-Benz Arena in Shanghai, joined by around 10,000 fans. (image: Starhaus Entertainment)

SEOUL, Nov. 27 (Korea Bizwire) – Korean actor Lee Min-ho successfully wrapped up the Chinese leg of his “Reboot Lee Min-ho (RE:MINHO)” global tour on November 22 at Mercedes-Benz Arena in Shanghai, joined by around 10,000 fans. The Shanghai concert was his sixth global tour, and the last one held in China. Lee plans to keep up the heat at upcoming concerts in Thailand and Korea.

The two-hour concert attracted male and female fans of all ages, who sang along with Lee and even shed a few tears as they were overcome with emotion. The entire event felt like a party even at the start, as concertgoers stood and danced together.

Lee opened up the concert with “Painful Love” from the drama “The Heirs”, and he greeted fans in Chinese by saying “Shanghai! Nihaoma?” He continued with “My Everything”, and released a making-of film containing scenes of Shanghai, and preparation for his recent album “Song for You.”

He performed all the tracks on his second album “Song for You” including the title track, “Paradise in Love”, “Stalker”, “Burning Up” and “Travel,” and invited the rock band Royal Pirates onstage for a group performance. 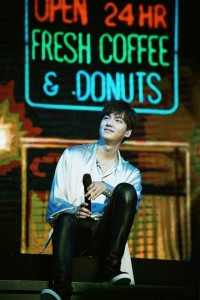 Lee showed off his charm with a variety of different styles, from powerful and tough, to playful and sweet. (image: Starhaus Entertainment)

As the title of the concert Reboot Lee Min-ho (RE:MINHO) encompasses a new start and new appearance, Lee showed off his charm with a variety of different styles, from powerful and tough, to playful and sweet.

Lee’s fans also prepared a special event. They held up placards that read “Lee Min-ho! You are the best” in Chinese. The words “You are the best” are spreading among Lee’s fans, and Lee once said, “The words are special communication tool between my fans and me beyond their meaning.”

Meanwhile, the RE:MINHO tour will come to an end with a final Korean concert at KINTEX in Ilsan, north of Seoul, in January. Lee, who finished shootings the film “Gangnam 1970″, to be released in January with actor Kim Rae-won, is now actively engaged in his business throughout Asia.