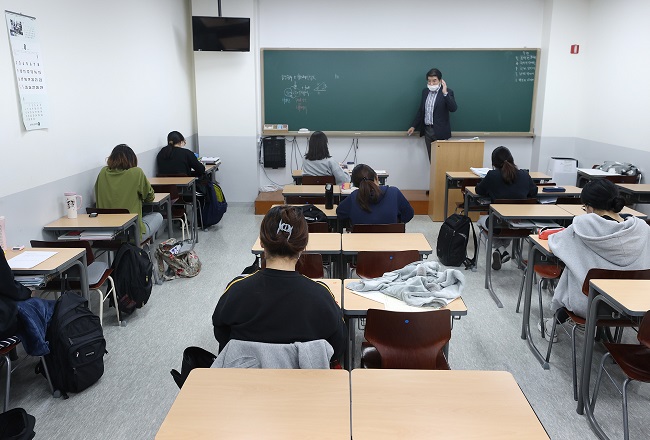 SEOUL, Dec. 29 (Korea Bizwire) — A recent survey showed that among high school students in Seoul, only 3 out of 100 high ranking students came from low-income families.

According to a report from the Seoul Education Research and Information Institute, the share of those with academic resilience among the high school students in Seoul stood at 3.53 percent in 2016.

The share of such students was particularly low in the subjects that are influenced heavily by private education.

By subject, the proportion of students with academic resilience stood at 4.94 percent for Korean language, 4.24 percent for math and 3.69 percent for English.

For subjects like English, the gap in private education, such as studying abroad at an early age and English kindergartens, is influenced heavily by the difference in socio-economic backgrounds.

Accordingly, it’s more difficult for students of low-income families to join the academic resilience group compared to other subjects.