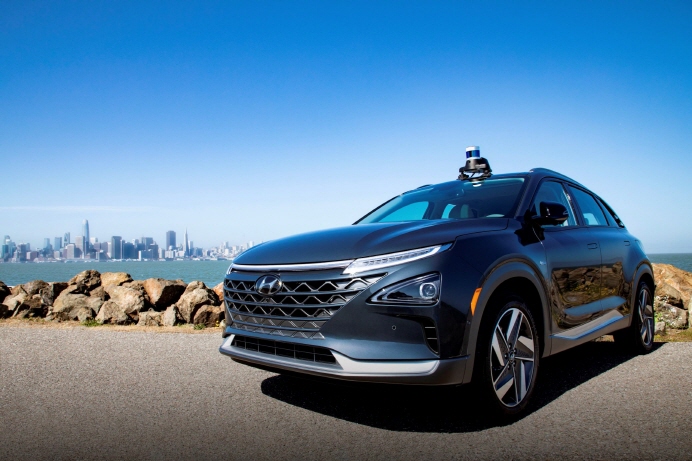 SEOUL, Jan. 5 (Korea Bizwire) — South Korea will allow carmakers to sell a vehicle with basic Level 3 self-driving technology in the domestic market from July, the transport ministry said Sunday, claiming that the country is the first to adopt safety standards for the limited self-driving vehicle.

The government has adopted a set of safety standards required for the Level 3 autonomous vehicle, with the lane keeping assist function to run on a highway or motorway, according to the Ministry of Land, Infrastructure and Transport.

“Carmakers are now obliged to manufacture autonomous vehicles according to the standards if they want to sell them in the local market,” Lee Dong-woo, an official of the advanced vehicle technology department at the ministry, said over the phone.

Under the initial standards, the Level 3 autonomous car, which is capable of keeping the lane in highways and designated areas of motorways, demands the driver to intervene to change the lane.

And the Level 3 car’s self-driving platform is required to send an alert to the driver in case of a possible frontal collision or other emergencies on roads, the statement said.

Hyundai Motor Co., Kia Motors Corp., BMW and Mercedes-Benz are expected to launch an autonomous vehicle with the Level 3 technology in the first half of 2021, Lee said.

Hyundai Mobis, a key affiliate of Hyundai Motor Group, has been conducting a motorway test of Level 3 technology in its M.BILLY autonomous car since last year in South Korea, the U.S. and Europe.

The ministry plans to gradually adopt additional safety standards required for a Level 3 car to change the lane without the driver’s intervention after consulting with Working Party 29, a working group composed of government officials, carmakers and experts from around the world under the United Nations Economic Commission for Europe (UNECE), the ministry official said.

“The timeframe for the adoption of further standards for autonomous lane changes has not been fixed yet,” he said, adding South Korea consulted with the UNECE’s working group to introduce the standards for the Level 3 car with a lane keeping function.

There are five levels of driving automation defined by the U.S. Society of Automotive Engineers International.