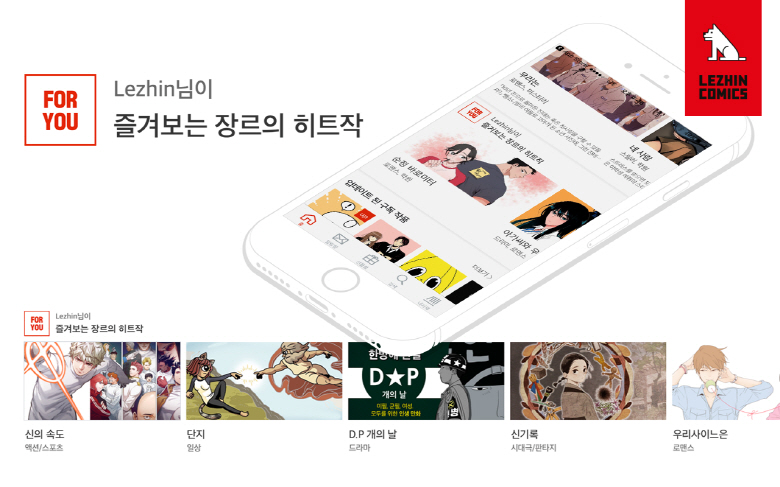 Seoul-based Lezhin said the performance is significant as it outpaced traditional comic giants, such as Marvel Comics and DC Comics.

Its combined sales came to 51.3 billion won, although it posted an annual operating loss of 12.5 billion won due to a rise in marketing costs.

The company currently provides some 160 South Korean comics in English.

Lezhin said it will continue to tap deeper into overseas markets to provide more opportunities to the South Korean webtoon industry.