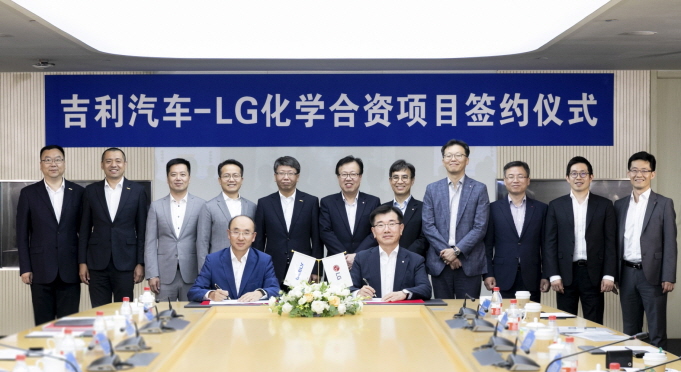 The construction of their EV battery plant with a capacity of 10 gigawatt hours will start later in the year, according to LG Chem.

The South Korean company said EV batteries from the joint venture will start being placed in autos to be produced by Geely in 2022.

LG Chem said the latest deal will expand its presence in the world’s top EV market and ensure a stable supply of EV batteries. The company said it will actively seek JVs with other global automakers for EV battery production.

South Korean EV battery makers have been moving into the Chinese market aggressively in recent years after Beijing announced that it will halt its EV subsidy program by the end of 2020.

Since 2016, the Chinese government has been providing subsidies for EV cars with China-made batteries only in order to protect local players. But with such regulation set to be scrapped in the coming years, industry observers said South Korean companies will further seek partnerships with Chinese EV makers for a stable battery supply.

In addition, Samsung SDI Co., another Korean EV battery maker, said it will invest 1.3 trillion won to set up battery production bases in Xian and Tianjin.