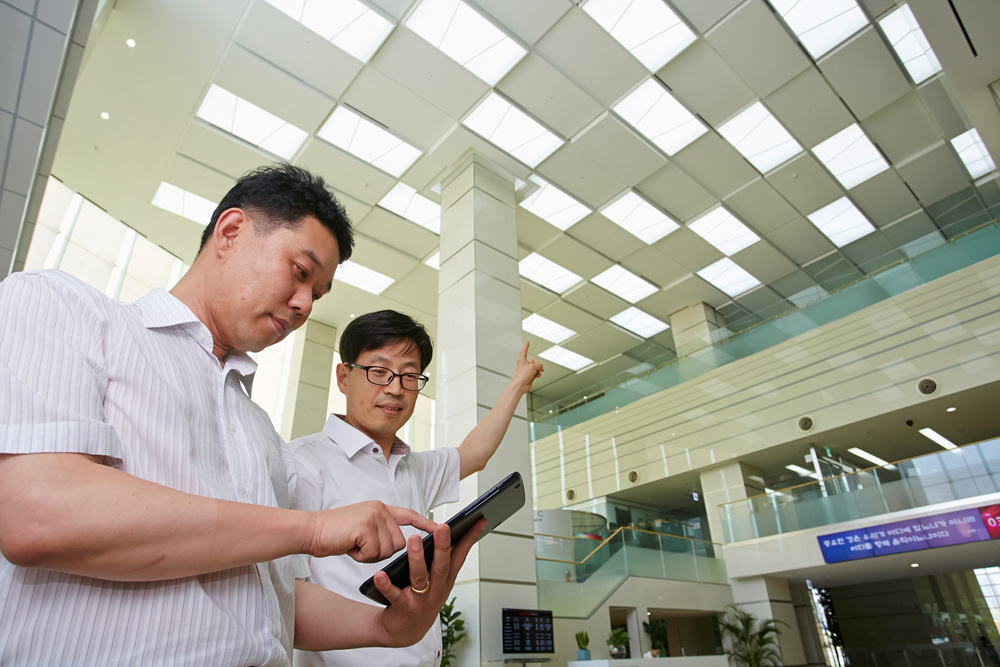 One can adjust the brightness depending on the necessary lighting environment in the workplace.(image: LG CNS)

SEOUL, July 28 (Korea Bizwire) — LG CNS, an affiliate of LG Group, announced on July 27 that it had successfully developed a “smart lighting solution” which can control lighting devices using its intelligent IT system.

According to LG CNS, a global provider of comprehensive IT services, it could save as much as 6.3 billion won a year at major production sites of LG Display using advanced IT system. The display panel maker replaced 530,000 fluorescent light bulbs with LED lights to this end at the workplaces in Paju, Gyeonggi, and Gumi, North Gyeongsang.

“With the introduction of the smart lighting solution to the production sites, LG Display could reduce the overall use of electricity by more than 40 percent, which is equivalent to 6.3 billion won of electricity bill in a year.” said an official with LG CNS. “Besides, the solution can save the lighting maintenance cost. In total, we could save as much as 6.8 billion won annually with this cutting-edge energy saving solution.” 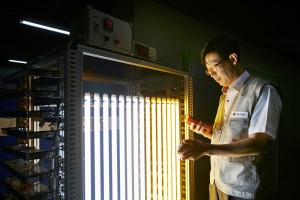 With the introduction of the smart lighting solution to the production sites, LG Display could reduce the overall use of electricity by more than 40 percent. (image: LG CNS)

According to LG CNS, its smart lighting solution not only helps to save energy usage but enhances a user-friendly energy management system. Users used to switch on conventional fluorescent lights and off in person  at workplaces.

Applying the smart lighting solution, however, enables a considerable enhancement in efficiency by controlling lighting brightness according to place and time. For example, it facilitates  7-level brightness control, partial lighting control by sectors, scheduling lighting according to your work time, monitoring electricity use, and  data check-up.

Prior to the announcementby LG CNS, LG Group said earlier this month, it will commit itself tobecoming a leading company when it comes to energy efficiency. LG Chem, battery manufacturer, set out to begin operating the world’s biggest energy storage system (ESS) at its factories in Iksan, North Jeolla Province, and Ochang, North Chungcheong Province, as part of the group-wide “energy-savvy” campaign.