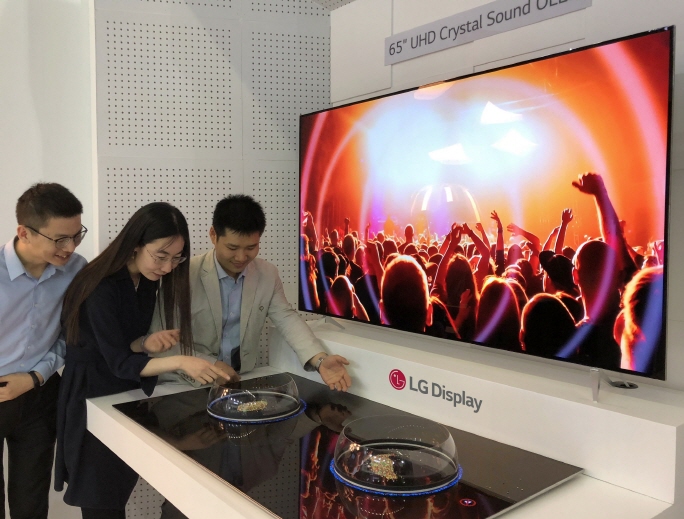 The Korean panel maker has spent 4.6 trillion won in the OLED factory in Paju, north of Seoul, since 2015, and the latest spending plan is focused on ramping up its monthly capacity to 45,000 panels sized over 65 inches by the first half of 2023.

The investment comes as the global leader in OLED panels has vowed to speed up the transition from LCDs to OLEDs to get a bigger share of the premium TV and smartphone market.

The traditional LCD panels have been plagued by falling demand and a supply glut, partly from Chinese producers.

The company shipped 2.9 million units of large OLED panels last year, which accounted for over 20 percent of its total sales, turning to a surplus for the first time in five years since the panels’ launch.

Market researcher IHS Markit predicted the proportion of OLED TVs will rise from 5.7 percent of the total market in 2018 to 10.4 percent in 2023.