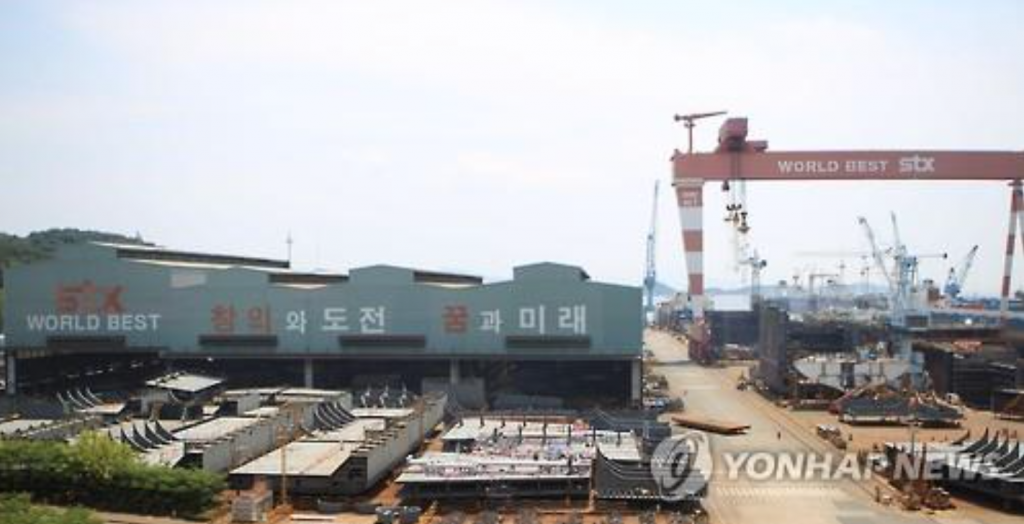 The Seoul Central District Court will proceed with a debt-restructuring receivership program to prevent the company from being driven into insolvency. STX Heavy Industries has been suffering from hefty debts and lower demand amid a prolonged economic slowdown.

The court plans to hire an accounting firm which will conduct due diligence on the company and report the results by the end of September, sources said. The company is required to file its rehabilitation programs with the court by Oct. 28.

“We will solicit various views from creditors, including financial institutions and small- and medium-sized enterprises that have done business with STX Heavy Industries, so as to minimize any negative impact on them,” a court official said, declining to be identified.

Since 2013, STX Heavy Industries and its creditors have been pushing for a restructuring plan.

The company’s financial woes deepened amid a drop in international oil prices, a slump in the shipbuilding industry and other managerial challenges. The woes further worsened after STX Offshore & Shipbuilding Co., which accounted for a big chunk of the company’s sales, went into court receivership in May.