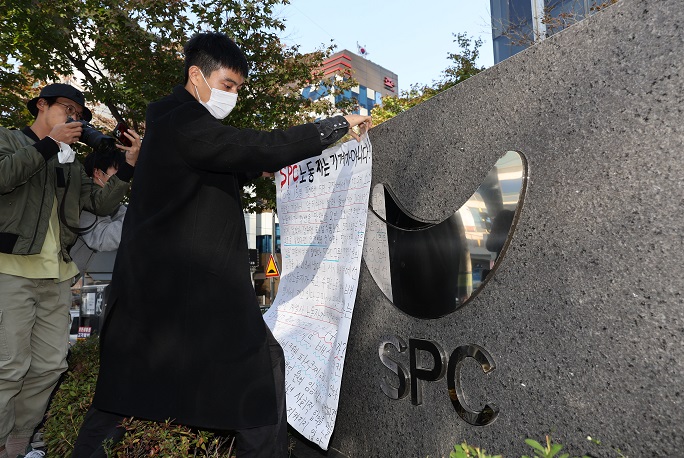 “The death machine that made ‘blood-stained bread’ ends now,” posters that were put up across the Seoul National University campus by a student club said.

A student club at Sungkonghoe University also put up a poster on a campus board and in front of the SPC headquarters saying that students would “continue boycotting (SPC’s bakery chain) Paris Baguette for making bread out of a laborer’s death.”

The boycott movement is spreading like wildfire across online communities at universities. 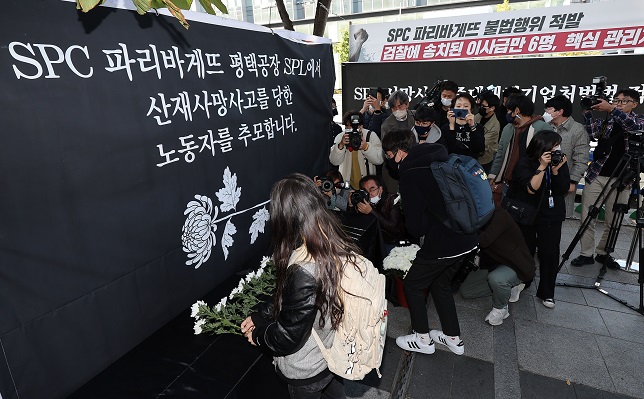 Students are particularly enraged over the death of a young woman from the same generation who was killed in an industrial accident.

“The sense of injustice, that had been regarded as a personal problem, now turned into a structural problem, giving way to the sudden uproar,” said Lee Byoung-hoon, a sociology professor at Chung-Ang University.

“Now it will become harder for the public to tolerate the perception that large conglomerates have treated laborers like no more than tools for money-making.”