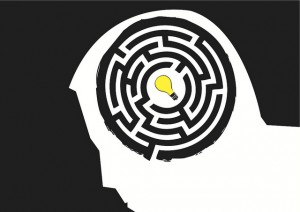 According to a report, the single best way to create business value for the past ten years has been innovation in business models.(image: khalid Albaih@flickr)

SEOUL, Korea, Jan 01 (Korea Bizwire) – In today’s marketplace in which companies fight tooth and nail to gain shares by any means, companies do everything to differentiate their products and services. But they face a situation where the room for differentiation is getting narrower. According to a report by global management consulting firm Frost & Sullivan, the single best way to create business value for the past ten years has been innovation in business models.

ESCO is an acronym for an energy service company or energy savings company that provides a broad range of comprehensive energy solutions including designs and implementation of energy savings projects, retrofitting, energy conservation, energy infrastructure outsourcing, power generation and energy supply, and risk management. From lighting systems to air-conditioning and heating systems, building owners have significant cost burdens. To address this problem, ESCOs offered a business model that can relieve the burden.

The service companies proposed energy-saving solutions and promised to take the risk together with the owners. When the solutions pay off, the companies could share benefits from the savings. In the past when the energy-efficient fluorescent light was first introduced, it won only lukewarm reception in the market. That was because building owners must take into account initial investment cost no matter how much savings they would get eventually.

The ESCO-type profit-sharing scheme could increase the demand for the new energy-saving technology substantially. This is a great example that shows one can grow market demand rapidly by tweaking the business model.

Netafim, an Israeli company specializing in irrigation for agriculture and landscaping, is one of the best successful examples of the pay-as-you-go business model. Of all the water available on earth, only 0.3 percent is at the disposal of human consumption. Of this, as much as 70 percent is being used for irrigation purposes. Netafim has focused on developing the drip irrigation technology to save water consumption while maximizing crop yield.

Its revolutionary technology allows water to drip slowly to the roots of plants through a network of valves, pipes, tubing, and emitters, thereby saving significant amounts of water. Even though the technology was revolutionary, the company had a hard time to enter the market, largely due to high initial cost burdens for farmers. To address this problem, the company made an offer its agricultural customers couldn’t refuse.

The cost to install the drip irrigation system was to be shared jointly by Netafim and the customer, meaning that customers wouldn’t pay a dime if there is no cost-saving effect from the system. From this profit-sharing scheme, the company saw its sales revenue jump to US$600 million in 2008 from $180 million in 1996. In 2011, its revenue was in excess of $800 million. The company’s growth was entirely owing to the business model that dispelled uncertainties in initial investment cost for customers. 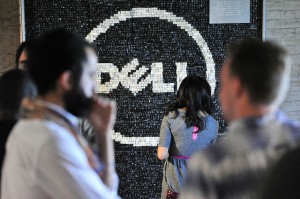 Dell Inc. is a classic case of successfully exploiting the built-to-order business model. Its founder and chairman Michael Dell is a legendary figure who created his company in 1984 while a student of the University of Texas at Austin. His success factor lay in the built-to-order model that reduced inventories while maximizing customer choice. Still his business model had certain limitations. In order for this model to be successful, Dell had to struggle under time pressure with the burden of keeping ample parts inventories.

Despite these weaknesses, the company opted to go with faster customer response at the expense of higher cost. In the end, Dell’s business model was a smash hit as the cost of inventory burden was insignificant comparing to those inventories from finished goods or being held in retail outlets. Lately the company is having difficulty adapting new business environment in the personal computer industry. But that doesn’t mean that Dell’s role during the formative years of the personal computer is devalued in any way.

Zara, the fashion brand of Spain’s Inditex, is a famous success case in which a fashion company has reduced the new product cycle to four weeks from the usual one year in the past. It was customary in the fashion industry to wait at least one year until a new product line comes on the market after going through a lengthy process of designer fashion shows, sample making, and mass-order and delivery. Naturally a large number of unsold items had to be cleared out through rounds of deep-discount events and the initial prices had to be set very high to account for eventual sale. 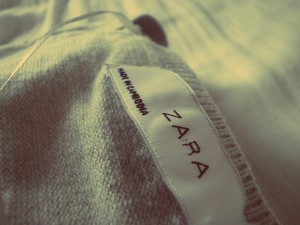 Zara, the fashion brand of Spain’s Inditex, is a famous success case in which a fashion company has reduced the new product cycle to four weeks from the usual one year in the past.(image:Anna Luísa Araujo@flickr)

Zara, however, took a completely different tack. By opting for a fast-fashion strategy, it made fewer numbers of clothing items based on sales trend gathered daily from the POS systems across the world. The designers of Zara usually take only two weeks to come up with new fashion lines. Even though it takes the almost same time in basic processes such as market research, design, production, transportation, and store display. What sets Zara apart from its rivals is, however, much shorter time interval between the processes.

Although most clothing retailers try to produce as many copies of a clothing item as possible for fears of running out of stock, Zara instead focuses on minimizing loss from discount events and thus keep its inventories very low. This strategy of producing small numbers of items is a way to reduce risks when designs of some items flop. In the end, Zara has become one of the world’s most popular clothing brands by making its customers open their wallets once they step into one of the Zara stores all across the world.