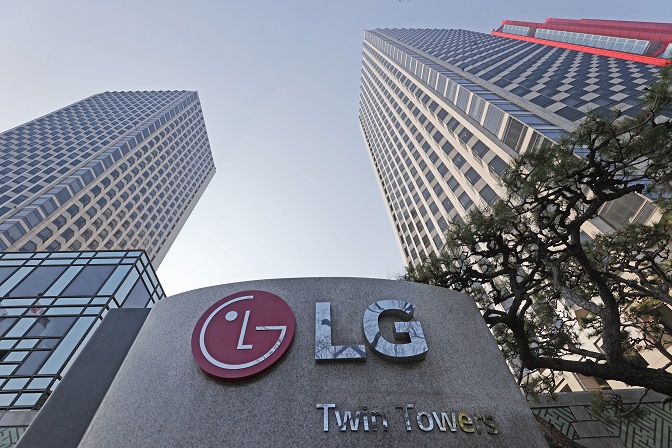 SEOUL, April 29 (Korea Bizwire) — LG Electronics Inc. on Thursday reported its best-ever quarterly earnings in the first quarter on the back of robust home appliance sales.

The South Korean tech giant said it logged a net profit of 1.17 trillion won (US$1.05 billion) in the January-March period on a consolidated basis, up from 1.08 trillion won a year ago.

Its operating profit spiked 39.1 percent to 1.51 trillion won in the first three months of 2021, while sales jumped 27.7 percent on-year to 18.8 trillion won over the cited period.

The figures were in line with its earnings guidance announced earlier this month that beat the market consensus.

Its operating margin was 8.1 percent, the highest for any first quarter.

LG’s record-setting performance was anchored by its home appliance and air solution unit that posted 6.7 trillion won in revenue, up 23.8 percent from a year ago, and 919.9 billion won in operating profit, up 22.1 percent from year earlier.

Both sales and operating income were also the largest for the unit in its quarterly performance.

“The appliance business division saw significant growth year-on-year in North America and Europe as well as in its home market of South Korea where the rental business is particularly healthy,” LG said.

“Profitability was accompanied by stable growth led by strong sales of premium products in North America and Europe.”

In the second quarter, LG said it expects to see on-year growth in revenue.

The company added expectations are high for demand growth in the home appliance sector, although it is also aware of risks, such as increased competition, price hike in components and logistics cost increase.

“We believe the pent-up demand for home appliances will persist through the second half of the year,” LG said in a conference call.

“Even if the COVID-19 situation is over, we believe demand for appliances with hygiene, health-related features will continue to grow,” LG said.

“Premium products led by OLED and NanoCell TVs continued to experience strong demand as the pandemic effect continued in most of the world,” LG, the world’s No. 2 TV maker, said.

LG said its OLED TV shipments in the first quarter outperformed the company’s expectations, and it aims to double this year’s OLED TV sales from last year.

Regarding shortage of chips, particularly display driver ICs, LG said it has secured “quite appropriate level” of chip inventories and it does not expect negative impact on its TV business.

Its vehicle component solutions (VS) division stayed in the red for the first quarter, but significantly reduced its operating loss.

The unit posted sales of 1.89 trillion won, up 43.5 percent from a year earlier, while operating loss narrowed to 700 million won from 96.8 billion won.

“It can be attributed to the recovery of the automotive sector in North America and Europe as well as increased revenues from new projects in the e-Powertrain and infotainment sectors and better cost management,” the company said.

LG said supply crunch in the automotive chip sector is expected to continue for quite a long time and the company could also experience difficulties in the second quarter.

However, the company said it is confident that the vehicle component business will make a turnaround in the second half of the year. 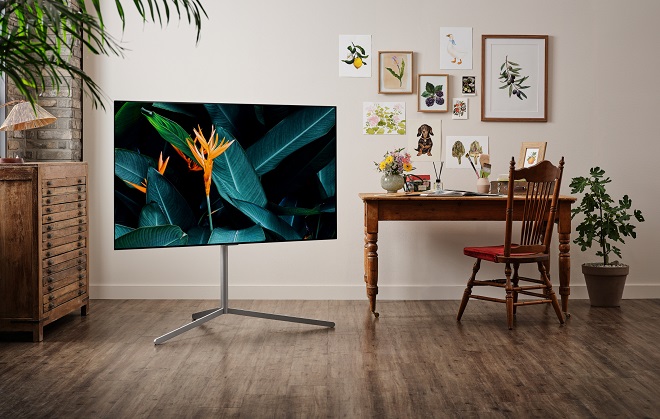 LG’s mobile communications (MC) unit, which has been in the red since the second quarter of 2015, continued its slump.

LG earlier this month announced it will exit the smartphone business by the end of July.

The company said profit and loss for discontinued operations will be included in the second quarter results.

LG said the company is currently working on reassignment of MC unit workforces and resources.

“Core intellectual property (IP) assets from the MC business will be used in smart home appliances and new products leveraging Internet of Things solutions,” it said.

“They are also key technologies for vehicle connectivity, so it will be used for telematics and car infotainment products.”

LG’s business solutions division posted its highest-ever quarterly sales at 1.86 trillion won, up 9.1 percent from a year ago, thanks to solid demand of monitors and computers, but operating profit plunged 30.8 percent on-year to 134 billion won due to the increasing cost of components, such as LCD panels and semiconductors.

Shares in LG fell 1.22 percent to 162,000 won on the Seoul bourse, underperforming the broader KOSPI’s 0.23 percent decline. The earnings results were announced before the market closed.