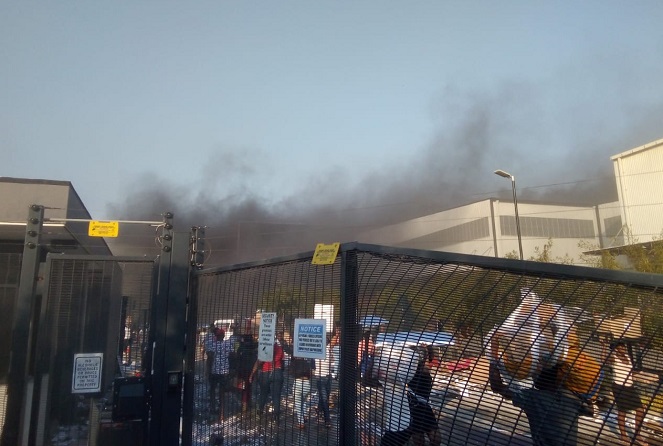 This photo provided by a South Korean resident in South Africa shows LG Electronics Inc.’s factory in Durban on fire on July 12, 2021. (Yonhap)

LG said its TV manufacturing and distribution facilities in Durban, eastern South Africa, were plundered Monday (local time) by protestors who are against the imprisonment of former President Jacob Zuma.

“We’ve notified the South Korean Embassy and requested local authorities to mobilize their forces to extinguish the fire,” a LG official said. “But we were told it is difficult to send firefighters as protestors were at the site.”

No casualties have been reported, according to LG. The South Korean tech firm said it is difficult to estimate the property damage from the unrest in South Africa.

LG relocated its plant from Johannesburg to Durban last year. Its Durban factory produced TVs and monitors, and had about 100 workers.