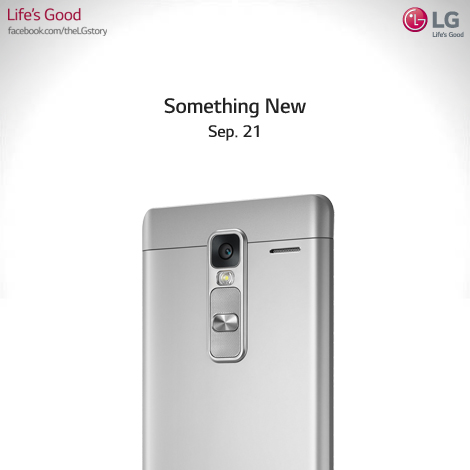 The company posted a photo on its Facebook page hinting that it would introduce a new smartphone soon. (image: LG Electronics Facebook page)

The company posted a photo on its Facebook page hinting that it would introduce a new smartphone soon.

With the title of “Something New, Sep. 21,” the photo shows the back cover of a thin smartphone with an aluminum body. The back cover key, symbolizing LG smartphone, is also applied to the new smartphone.

According to industry watchers, the product is the first LG smartphone with an embedded battery. It is expected that LG gave up the detachable battery format to develop the thin smartphone.