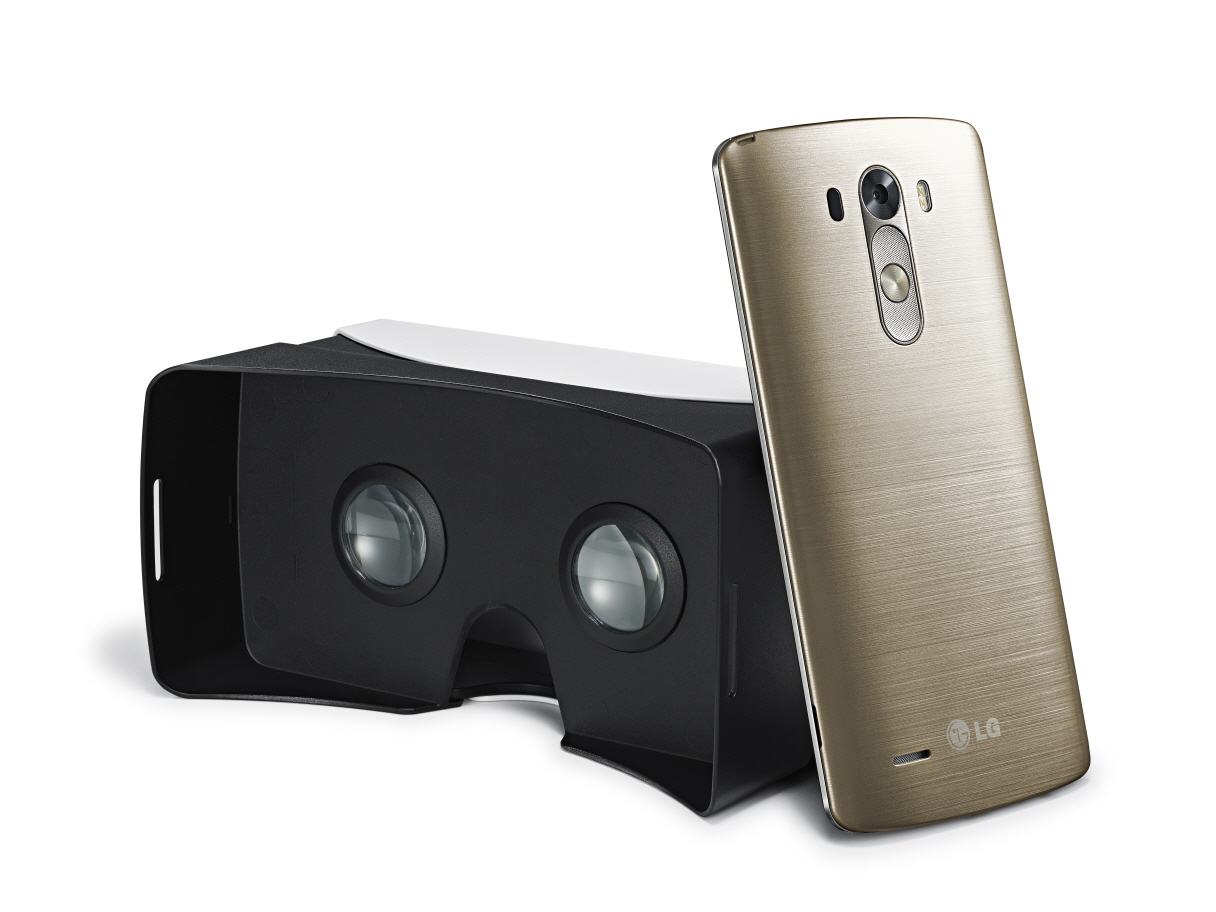 The design of VR for G3 is based on the blueprint for Google Cardboard, available online for home DIY fan. (image: LG Electronics)

Unlike other head-mounted VR devices that are designed with their own processors and displays, VR for G3 takes advantage of the visual and sound capabilities of G3 to offer a ­­lighter and more convenient solution. Thanks to the LG G3’s class-leading Quad HD display, VR for G3 is able to provide users with much sharper image quality for a smoother, more realistic VR experience.

VR for G3 features a unique design that leverages the G3’s signature Rear Key layout, compared to other smartphones where the volume rockers are located on the side of the phone. This unique design also means VR for G3 takes full advantage of the flagship phone’s 1W speaker with Boost AMP to provide richer, clearer sound effects that complement the rich visuals. For a more personal experience, VR for G3 can be combined with a Bluetooth headsets such as LG Tone Infinim™  for wireless enjoyment.

The design of VR for G3 is based on the blueprint for Google Cardboard, available online for home DIY fans. The neodymium ring magnet on the side of the VR for G3 works with the magnetic gyroscope sensor in the G3 to select applications and scroll through menus without touching the display. VR for G3 requires no assembly other than inserting the phone in the viewer.

“While still in its infancy, this is just the beginning of the virtual reality movement which until recently was expensive and inaccessible to everyday consumers,” said Chris Yie, vice president and head of marketing communications at the LG Electronics Mobile Communications Company. “By leveraging Google Cardboard, not only are regular consumers able to participate in the VR experience, we’ll be able to introduce this technology to future developers who may one day show us how VR can be used to improve our lives.”

“With Google Cardboard, we wanted to create more immersive and delightful experiences for anyone on their mobile devices,” said Andrew Nartker, Product Manager for Google Cardboard. “We are excited about VR for G3, and the rich ecosystem of developers and manufacturers who are innovating with Google Cardboard and making VR more easily accessible.”

The VR for G3 promotion will roll out this month in select markets. Purchasers of LG G3 buyers can also download a free VR game, Robobliteration, using the in-box QR code.